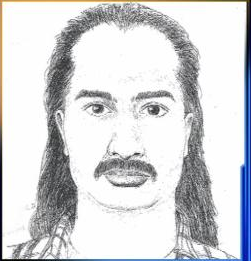 A sketch of a suspect who sexually assaulted a real estate agent at a house showing last Friday.

A real estate agent was sexually assaulted last Friday in Hammond, Indiana at a house showing, where she was scheduled to meet two prospective clients.

Police Lt. Richard Hoyda said someone called the woman’s office and gave her false information to lure her to the house showing. Two men were waiting for her when she arrived at the property at 10 a.m.

“Upon entering the house, the Realtor victim was sexually assaulted inside the home,” Hoyda said.

This is unfortunately not the first time we have seen a case like this. In March, an agent was attacked in Maryland during a walk-through the night before an house showing. Fortunately, she was able to fight off her attacker and escape. Others were not as lucky: an agent in Atlanta was bound with duct tape and robbed while holding her post in a model home; a 58-year-old Realtor in Nebraska was robbed and assaulted by two teenagers; and a 27-year-old agent in Des Moines, Iowa was shot and murdered while she was alone in a model home.

How to Protect Yourself at a House Showing

Considering the recent increase of attacks, it is important to protect yourself during house showings. Chicago Agent Magazine published an article about safety tips in August, and we would like to share some of these important tips again:

There are many Realtor-specific smartphone apps that are designed to protect you and alert others if you are not safe and need help.

SafeTREC is a free app, allowing you to press a panic button on your phone which will instantly alert others that you are in trouble. Emails and text messages will be sent to your emergency contacts, and GPS technology will inform them of your exact location. In the full-featured version for $9.95, a message will be sent to a 24/7 live help center, which will contact 911 for you if necessary. It also stores your medical information, such as allergies, blood type and your physical description and photo.

Real Alert alerts your emergency contacts or police when you feel threatened, discreetly record details about suspicious people you encounter, and utilize a one-button push to speed dial emergency contacts. The app costs $1.95.

LifeLine Response is known for its silent alarms and “Intellitouch” technology. If an agent is feeling unsafe, they activate the LifeLine Response app on their phone and choose the type of alarm that utilizes Intellitouch and place a finger on the screen. The phone will remain in stasis as long as their finger is on the screen. As soon as their finger is released, a number of actions are released to ensure the users’ safety.

In an interview with Chicago Agent Magazine, the creator of LifeLine Response, Peter Cahill said, “I believe I can stop these attacks from ever taking place.” He was right – two weeks after the app was on the market, it reportedly saved two potential victims.

These tips really can save lives. We hope you consider them and please be safe at future house showings.