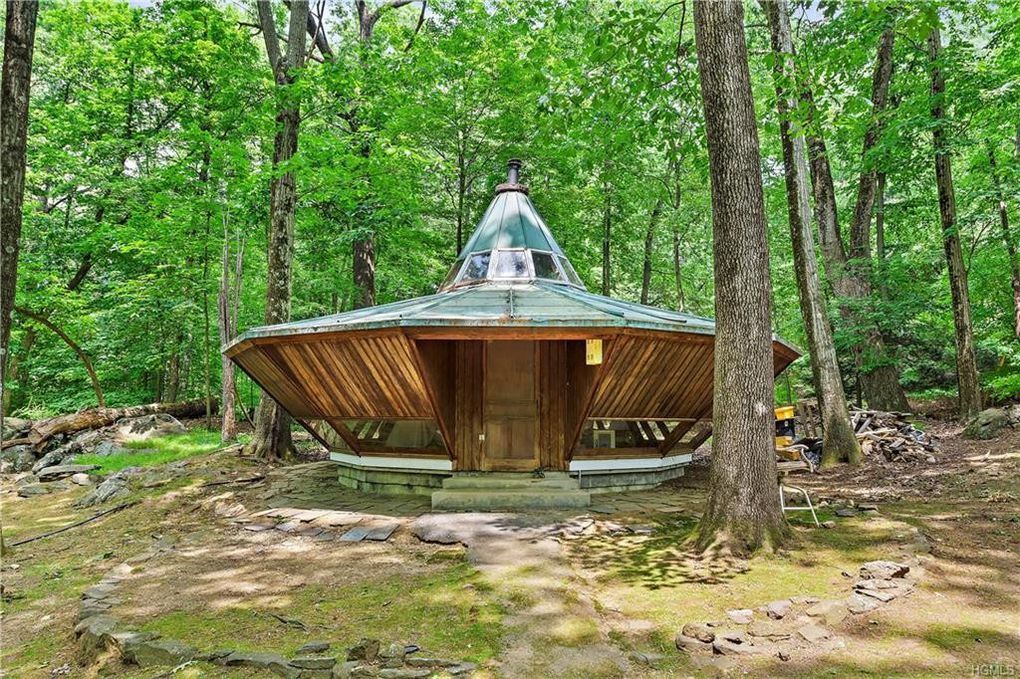 Spotted: A UFO (home) in New York. Jackie Gleason’s party house, resembling a UFO in the woods north of New York City, is on the market for $12 million. Dubbed “The Mothership,” the abode sits on 8.5 acres in Cortlandt Manor, New York, secluded from all of earthly reality. Many celebrities, such as Marilyn Monroe, Frank Sinatra and Joe DiMaggio, were once guests of Gleason’s party pad, which took nearly five years to complete. Photo courtesy of TopTenRealEstateDeals.com.

This 1960s home designed by architect and artist Mary Gordon is on the market in La Selva Beach, California, for $1.4 million. Known by locals as the sculpture house, its obscure features are something you don’t see everyday. The home is just 700 square feet, featuring a spiral staircase in the entry where natural light floods in. New renovations by the current owner modernized the space, bringing luxury into this one-of-a-kind abode.