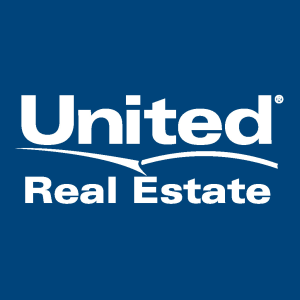 United Real Estate, a fast-growing urban-centric real estate and franchise operation company, today announced its achievement of reaching 100 agents in the United Real Estate Chicago office, only one year after its grand opening. United Real Estate has been recognized for its disruptive 100 percent commission strategy, which is accompanied with an unmatched full-service solution that provides the latest training, marketing and technology tools to both brokers and agents, while eliminating the cumbersome fees that most real estate company’s and franchisors charge in urban America. Respected Chicago Real Estate Agent Roger Lautt is the 100th agent to join the Chicago office.

Roger Lautt is widely recognized as an experienced Chicago real estate agent who consistently ranks in the top five percent of agents nationwide. Previously, Roger spent more than 20 years with RE/MAX, during which he was a member of the 100% Club, a program recognizing associates who have achieved levels of productivity that were more than double the industry average, the Platinum Club, a program recognizing associated who rank among the very highest of producers with gross commission amounts, and president of RE/MAX’s Northern Illinois Sales Advisory Council for three years.

“I joined United Real Estate because of the more progressive business model that they offer.  Although RE/MAX was very good to me for many years, they did not change their business model to keep up with the changing times,” said Roger Lautt, United Real Estate Agent. “Now instead of paying $1000 a month, plus annual fees, I can pay $65 a month for about the same services provided to me.  This is one of the smartest moves I have made.”

As the 100th agent to join the Chicago United Real Estate office, Roger’s expertise and recognition as a leader within the Real Estate industry solidifies United’s professional growth as an agency that houses top performing agents.

“We are ecstatic to celebrate the one-year anniversary of the Chicago office grand opening by adding such an exceptional real estate professional like Roger,” said Dan Duffy, CEO of United Real Estate. “Roger is the ideal addition to the United team, as he represents our new model of supporting agents and brokers with a complete understanding of the marketing and technology tools provided by United to enable them for success.”