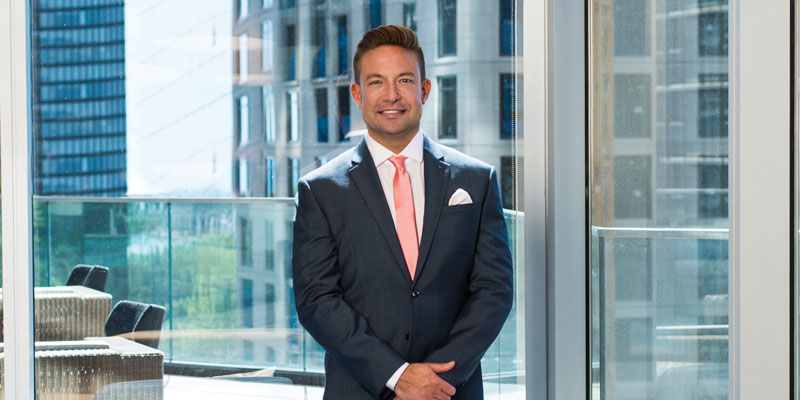 Nick Libert is always looking out for what’s next. He stays up-to-date with technologies like 3D virtual tours, virtual reality staging and paperless online transaction management. He’s expanding his company’s sales territory into the burgeoning investment opportunities of northwest Indiana and vacation retreats of southwest Michigan. Libert’s forward-thinking approach has earned him recognition as a CS Men’s Book “Real Estate Visionary” for 2017 and EXIT Realty International Broker of the Year for the North Division in 2016.

Libert is the owner of EXIT Strategy Realty’s largest franchise in the Midwest. His firm serves a diverse clientele, from buyers of luxury condos in downtown Chicago to investment properties and single-family homes in the suburbs. Since opening with only eight agents in 2009, the firm has grown into a regional powerhouse with more than 165 agents specializing in residential, commercial and investment properties.

Libert’s franchise was recently named in Inc. magazine’s list of 5000 Fastest Growing Privately Held Companies in America. He has also consistently earned a spot as one of the Chicago Association of Realtors’ Top Producers since 2012, as well as receiving Chicago magazine’s “Five Star Real Estate Agents” award six times. This year, his agents are close to hitting a milestone: earning nearly $1 million in residual bonuses paid out from Exit Realty International.

Though Libert has been in the industry for many years, he continues to push himself to learn and improve. Recently, he earned certifications in both international property (CIPS) and luxury home marketing (CLHMS). He also began working with a coach. “You’re never at a level where you don’t need coaching and accountability,” he says. He also began an investor’s club at the office in order to keep fresh. He and his colleagues are rehabbing a bungalow and turning it into a beautiful modern home while keeping its historic charm. “This allows our agents to get a first-hand view of the process and participate in the profit potential,” he says.

When he’s not serving on the Board of Directors of the Illinois Realtors, Libert volunteers with Habitat for Humanity and Equality Illinois, an organization that advances equal treatment and social justice for the LGBTQ community.