As the Council of MLSs conducts its annual meetings this week and policy wonks gear up for discussions at the National Association of Realtors’ annual meetings next month, all eyes are on the pockets. Pocket listings, that is.

There have been arguments for and against off-MLS listings for many years now that finally seems to be coming to a head. At its upcoming meeting in San Francisco next month, NAR’s Multiple Listing Issues and Politics Committee will take up a proposal known as the “Clear Cooperation Policy,” which would replace the current MLS Statement 8.0.

In a white paper released this week, Midwest Real Estate Data LLC endorsed NAR’s proposal and outlined their own particular approach to listings that are not entered on their multiple listing service. “MRED has discussed evolving solutions with MLSs across the country over the past few years. We commend NAR for leading the MLS industry in an approach that we believe will be successful,” the report concluded.

Writing for NAR’s Realtor Magazine, Sam DeBord, a broker from Washington state who’s been a leader at NAR in the MLS world, described the proposed national changes as “straightforward.” The idea is to resolve the issues that keep brokers from adding their listings to the MLS due to privacy reasons or because a listing is not ready. When sellers request that a listing not be blasted out to syndicators or searchable online, this policy allows for a more private marketing approach through emails or office exclusives, but still requires official entry on the MLS. In terms of listings where sellers may not be ready to show, or all the information on a listing might not be available yet (common for new construction, for example), this new policy also allows for a “coming soon” status on the MLS. 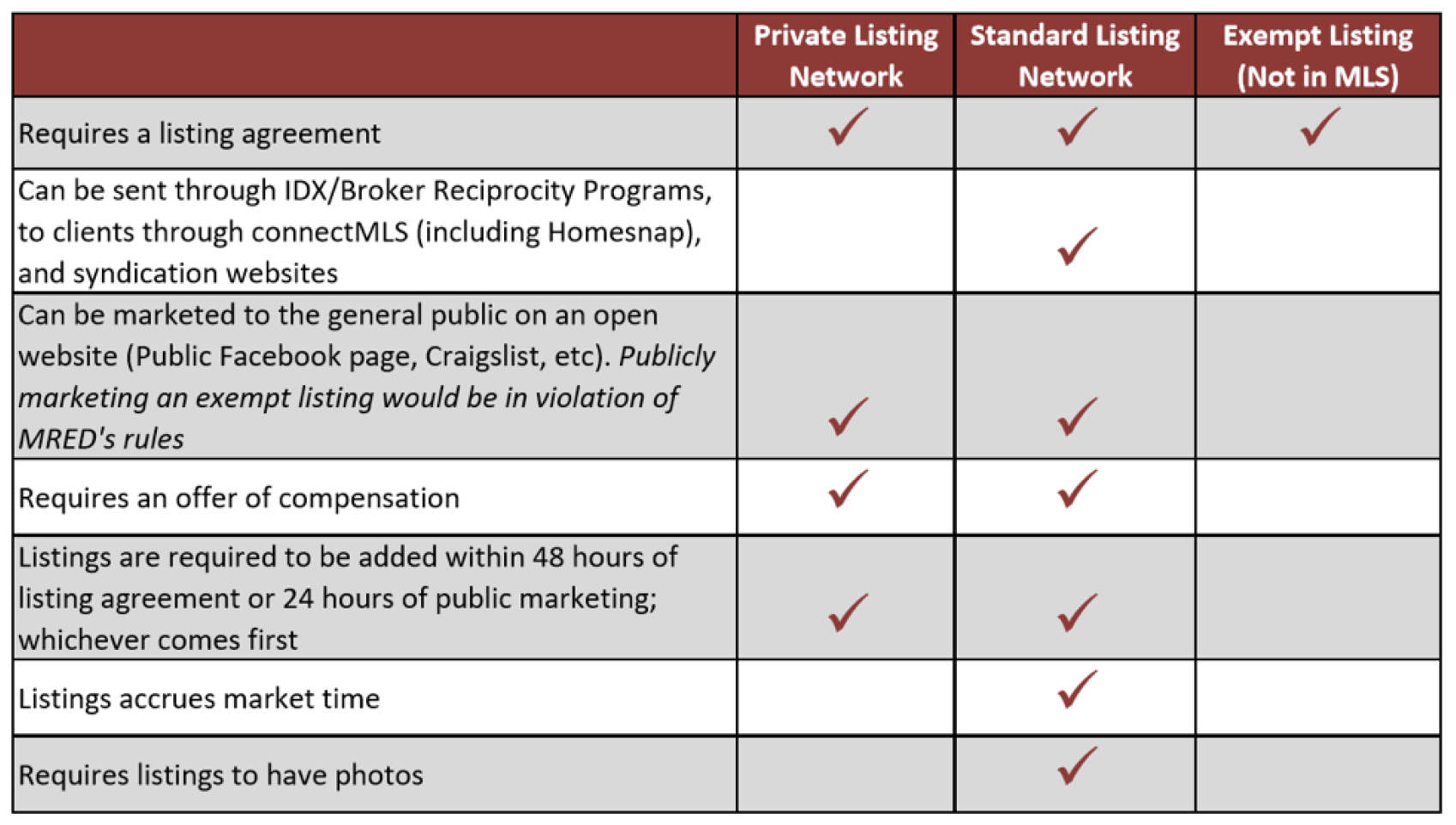 A snapshot of how MRED deals with off-MLS listings. Source: “Private, Not A Secret: An inside look at off-MLS listing solutions,” Midwest Real Estate Data

Industry commentator Rob Hahn has posted a series of entries on this topic ahead of the meetings, even including a rebuttal from DeBord at one point, but it seems his opinion hasn’t changed from what it was months ago. “The MLS and systematic ‘coming soon’ are incompatible. Only one or the other can survive, ultimately,” he wrote. “MLS leaders need to stop wringing their hands as if they are powerless to stop the destruction of the system from within and start taking action.”

Indeed Hahn isn’t the only one seeing off-MLS listings as a major threat. In a report titled MLS Agenda 2020, released a few weeks ago, real estate research group T3 Sixty identified pocket listings as No. 2 out of the five largest challenges facing MLSs. The authors predict that off-MLS marketing in the form of brokerage exclusives and iBuyers may quickly make these co-ops irrelevant. However, their solution focuses on incentives to bring in more data, rather than the black-and-white argument Hahn makes.

One of the calls to action the group suggests is augmenting MLS data so that it is richer and includes more sales. In particular, they call on these organizations to “work with broker partners to determine how to record all sales, including those made through iBuyers and off MLS.”

NAR is accepting feedback on the policy ahead of the meeting, but meanwhile, MLS leaders from across the country are meeting in Salt Lake City to discuss the change and examine their existing rules.

MRED’s white paper outlines the approach they’ve taken to off-MLS listing since 2016. The MLS’s Private Listing Network is a repository within connectMLS for premarket, “coming soon” and any other listings that might otherwise be kept off the MLS. The idea is “that agents do not feel the need to go around the MLS to promote certain types of properties that are not appropriate to be featured as a standard MLS listing,” according to the white paper.

Some of the key differences between regular listings and those on the PLN are the fact that they don’t require a specific listing price or photos, helpful for new-construction inventory. In terms of access, all MRED subscribers have access to the PLN database, but listings there are not sent to third-party portals or broker listing feeds, though brokerages can display a feed of their own PLN listings. As for the common complaint that off-MLS listings skew appraisals due to their absence from the official market, MRED requires participants to transition listings from the PLN to the regular listing network even if they close before that point, so that they can be used in comps. However, if sellers decide they want to restrict their listing from ever appearing on the MLS, marketing that home to the general public online, in print or through for-sale signs is prohibited.

While it’s uncertain whether the final NAR policy will resemble MRED’s approach, clearly all eyes will be on NAR’s MLS committee next month.