The legal battle between Move and Zillow continues. 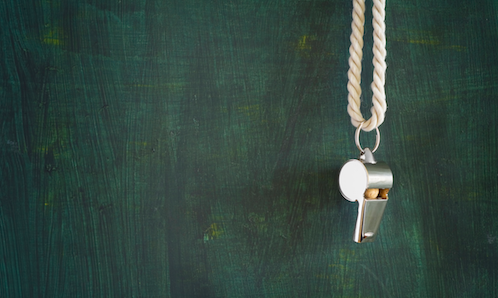 The legal feud between newly formed Zillow Group and Move, Inc., operator of realtor.com, has been a veritable barn burner these last several months, as the companies continue to exchange one courtroom blow after another.

In the most recent development, Move and the National Association of Realtors submitted to the court a letter from an anonymous whistleblower, making numerous claims that would seriously implicate former Move executive and current Zillow Chief Industry Development Officer Errol Samuelson in the theft and subsequent use of Move-owned data.

Move and NAR first took action against Zillow and Samuelson on March 17, 2014, only 12 days after his resignation, filing a suit that accused the former chief strategy officer of misappropriating and subsequently copying trade secret information.

The joint suit alleged Samuelson, whether his intention or not, was so endowed with Move’s trade secrets and strategies that not divulging them would be near impossible at his new position with Zillow. However, in the whistleblower’s letter, the accusations against Samuelson are much more insidious.

In its court filing, Move is unabashed in its accusations against Zillow, claiming the company has been knowingly and systematically “hiding evidence in secret non-Zillow email accounts and file-sharing services.” Move adds that while Zillow has derided the accusations as “conspiracy theories,” the letter “appears to confirm…the plaintiffs’ worst fears.”

In the letter, the writer, who remains anonymous, claimed that through Samuelson, Zillow now “has copies of Move’s private MLS contact database, listing count database and other databases stolen from Move,” adding that a Zillow employee identified as “Curt” uses Google Docs to keep his work computer clean.

The whistleblower also makes references to “secret programs” titled “LSS” and “LSS v2,” which the writer claims were used to illegally use the realtor.com website “to benchmark their listing count and figure out what listings are missing.” We reached out to one of the programs’ creators, Jeff Lubetkin – named in the letter – who no longer works for Zillow, but are still awaiting response as of this writing.

The Letter Gets Sealed

In what was either an incredibly brash or clever move, after hearing of Move’s filing, Zillow countered the letter with its own declaration, claiming that it was in fact Move that had violated Zillow’s trade secrets right. And with a bit of irony, the court agreed.

Pointing specifically to the final three paragraphs of the whistleblower’s letter, Zillow Senior Program Manager Erin Coningsby, who filed the declaration, wrote: “While it contains many inaccuracies, it also discusses various proprietary systems and business information of Zillow that are highly sensistive and trade secret information of Zillow.” She adds the same information was not public knowledge prior to April 10, 2015.

In a follow up statement from Zillow’s Amanda Woolley, a communications manager, she reassures that Zillow “has and will continue to act with the utmost integrity in conducting its business and in defending against this litigation.”

Woolley reiterated Zillow’s position that Move’s letter was “full of false and misleading information,” but was unable to speak to any claims directly, as most were included in the portions of the letter sealed by the court.

We reached out to Move for insight into how the company will proceed with regards to both the sealing of its filing and the wider Zillow Group battle, but they declined to comment.