A new study from Logwood University attempts to explain the relationship between an agent’s effort and the property’s location. 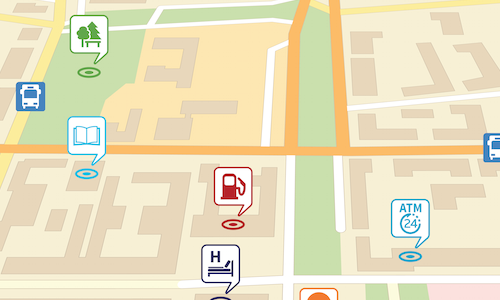 A new study from Logwood University in Farmville, Va. is emphasizing the importance location plays in the home selling process, but not in the traditional “location, location, location” sense buyers and sellers have learned to tout as their real estate mantra.

Researchers from the university, analyzing data on 13,017 sold and 8,053 unsold homes collected from a central Virginia MLS between July 1999 and July 2009, found that the average time a listing stays on market goes up 0.36 percent for every mile between the property and its listing agent’s office; the overall likelihood of selling, similarly, goes down 0.5 percent.

To put those figures into perspective, consider two equivalent properties: one down the block from its listing agent and the other 20 miles away. According to the results of Logwood’s study, the further away property will take approximately 7 percent longer to sell, and is 10 percent less likely to get an offer at all.

In an interview with The Wall Street Journal, the study’s author, Bennie Waller, professor of finance and real estate at Longwood, suggested that distance “acts as a deterrent for agents.”

The idea isn’t a matter of ethic, but rather the result of logical priority, Waller explained. The further away a property is, the higher the expense for the agent, and not just in terms of dollars, but also time and effort.

It is inherently more work, Waller and his co-authors observed, making particular note of a number of tertiary responsibilities that will demand exponentially more of the listing agent’s time if the property is any significant distance away, such as buyers and agents requesting unscheduled access to a client’s property, or taking the time to learn the new area.

In response to Waller and company’s claim that their results implicate agents as putting forth a lesser effort for properties not in their immediate vicinity, local RE/MAX Advantage Plus agent Ron Sandlin told WSJ, “I think there’s some validity to it.” Sandlin suggests sellers up their agent’s commission to ensure an agent’s best effort.

However, in Chicago, Carmen Rodriguez, broker associate with Coldwell Banker’s Carmen & Tony Real Estate Services team, disagrees, arguing that there are too many online services to justify a half-hearted effort.

“Any agent who does not provide her or his best service to every client is doing our entire industry a disservice,” she said, adding that, professionally, real estate is measured in terms of consistent delivery of quality across all platforms. “In the digital age, with information at our fingertips wherever we go, an agent’s physical office location is virtually irrelevant to her or his ability to deliver good service.”

“While it is not my experience that my office’s proximity to a location dictates my level of service to a listing, my knowledge of areas outside my everyday business cycle may be limited, which is why I specialize,” she said.

Rodriguez stressed the importance of sellers vetting their perspective agents and inquiring specifically about local market knowledge, but added that a good agent knows when they are in over their head.

“Most agents know to refer business outside their areas of expertise to professionals who will provide the client with excellent care,” she said. “Doing so assures the client’s trust in future transactions.”

While Logwood’s results were derived from location-specific figures, Waller and his team believe the reasoning is “broadly generalizable, though the effect may vary with the density of a given market.”