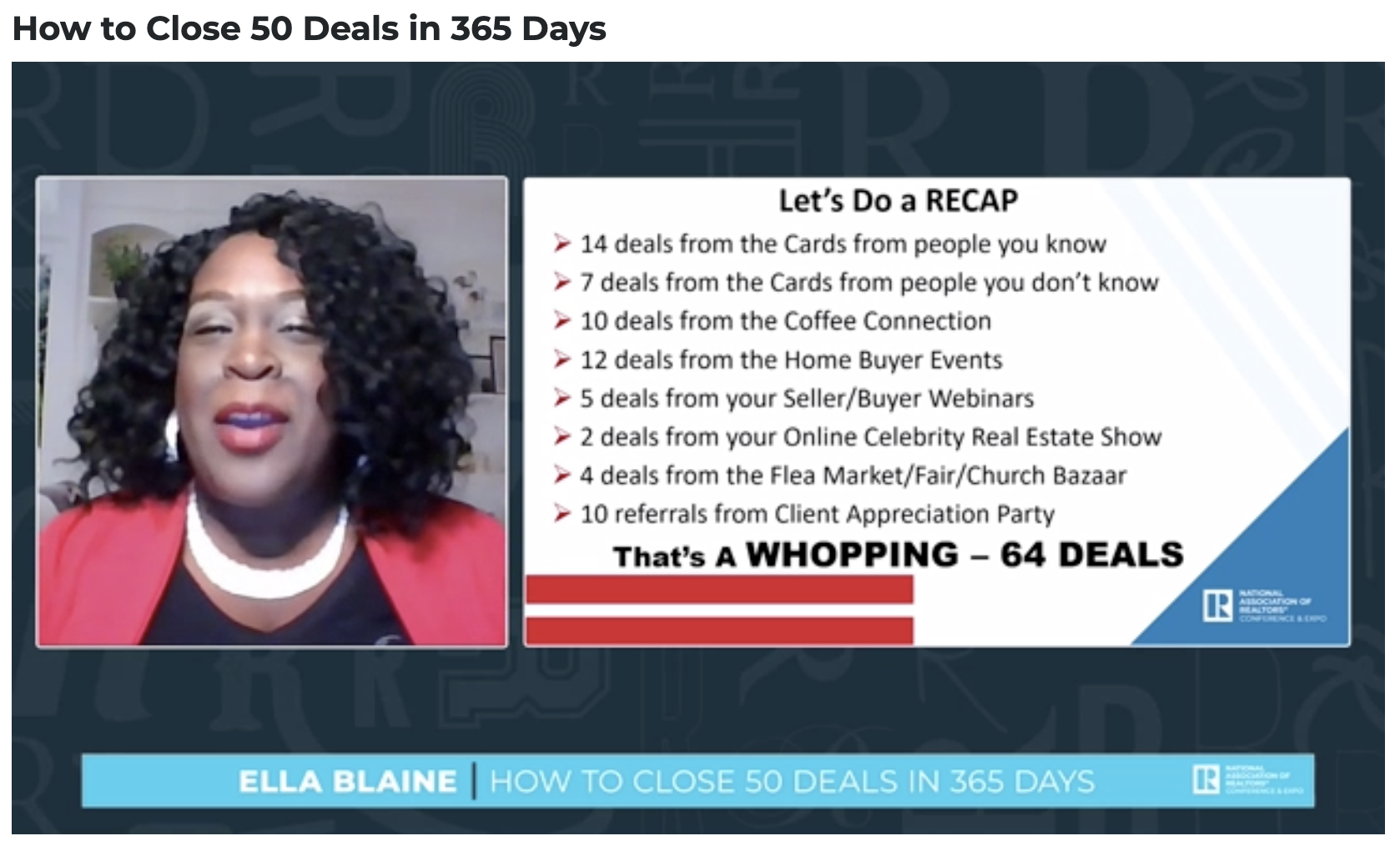 Want to “be a boss making boss moves” in your real estate business? More importantly, would you like to close 50 deals in 365 days?

Coach Ella Blaine, who is a real estate coach and founder of the Real Estate Ladies Rock Facebook group, offered tips on how to achieve the goal of closing 50 deals annually and go even further in her webinar at the 2020 Realtors Conference and Expo.

“You cannot be a secret agent; secret agents don’t get paid,” Blaine said, emphasizing the importance of getting out there and meeting people.

Blaine also advised giving out free cups of coffee and community resource booklets. Handing out 10 cups a week for 52 weeks will generate an estimated 10 new deals, she said. At approximately 50 cents a cup, the agent will spend an estimated $260 a year. 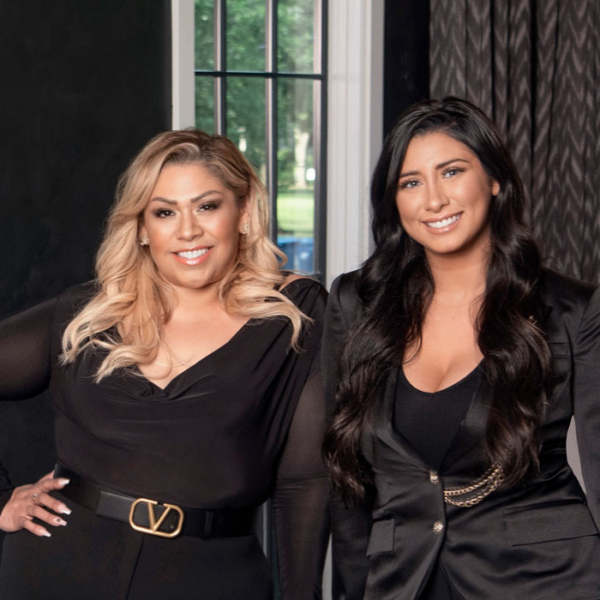