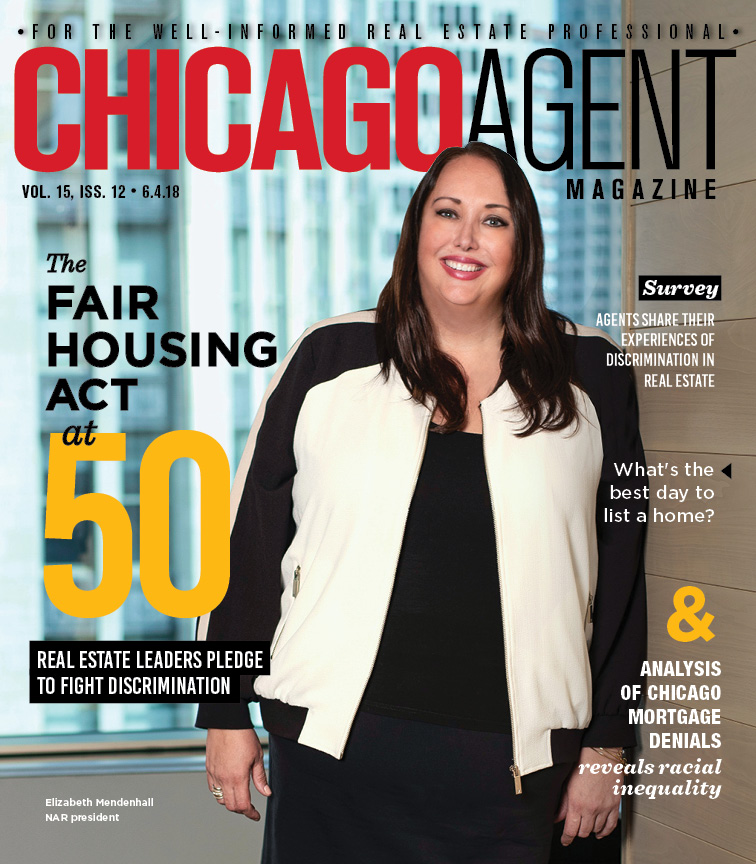 Before the federal Fair Housing Act could be signed into law on April 11, 1968, political compromises to ensure its passage in the Senate significantly reduced the impact of the legislation. The change eliminated the government’s ability to bring enforcement actions against violations of the law. While the landmark bill finally banned discrimination in the selling or renting of housing, it left the question of enforcement open ended. In response, some 2,000 fair housing groups took up the responsibility. But in reality, this meant that real estate agents would be on the front lines of policing a new and controversial law.

Fifty years later, the face of racial bias and discrimination in housing has changed, but the real estate industry’s unique position to effect change on the topic hasn’t. Though the country has made significant strides in rooting out institutionalized discrimination in housing and other industries, real estate professionals still play a central role in leveling the playing field.

“As Realtors, one of our foundational beliefs is that we know that we are the stewards of the right to own, to transfer property,” says Elizabeth Mendenhall, president of the National Association of Realtors. “It’s something we’re very proud of. It’s an obligation above and beyond other professionals. But it’s a reminder to us that we’re all the same.”

An agent’s relationship with the federal Fair Housing Act has morphed over time, but its ideas and mission is still a central tenant of the profession. On the 50th anniversary of the landmark legislation, here is how the battle for housing equality has changed over time and how agents can help to ensure its future success.

How we got here

The city of Chicago, fraught with discriminatory real estate practices at the time, played a central role in the Fair Housing Act’s passage.
The act was signed into law exactly one week after Dr. Martin Luther King Jr.’s assassination. The idea for the law was not new: it was left out of the initial Civil Rights Act of 1964, and Congress had debated its merits through 1967 — but it never garnered enough support for passage during that time. President Lyndon Johnson used King’s death to push for the bill’s passage.

King, on top of being the most visible champion of civil rights in America, had also established himself as a leader in the fight against housing discrimination. In 1966, King marched on Chicago’s South Side to protest the confinement of black residents to far-flung communities with inadequate housing and services.

King rented one of those apartments to bring attention to the plight of black Americans in northern cities, saying his apartment “didn’t have wall-to-wall carpeting but we have wall-to-wall roaches.” His supporters attempted to march to a real estate office that was barring black residents from buying in an all-white neighborhood, but King was hit in the head with a rock and a riot broke out.

The incident pushed housing rights to the forefront of the political discussion, and President Johnson sought to honor King’s memory with passage of the housing bill before the civil right martyr was buried, according to a history of the legislation published by the department of Housing and Urban Development.

Johnson’s ploy worked, but the question of how the new law would impact housing discrimination remained to be seen.

Agents on the front lines

There are arguments that the Fair Housing Act was a watered-down law that had more symbolic effect than tangible impact on housing discrimination. Supporters of the argument note that segregation in America is as prevalent as ever. In fact, segregation only dipped slightly in the 1970s — in the years immediately following the bill’s passage — but quickly rebounded, according to an article by Richard H. Sander, a professor of law at UCLA and author of the book “Moving Toward Integration: The Past and Future of Fair Housing.”

“Black families weren’t allowed to live outside restricted rectangles,” says Courtney Jones, co-owner of the Chicago Homes Realty Group and president of the Dearborn Realtist Board, which was founded in Chicago in 1941 and is the oldest black real estate group in the country. “It allowed black families to spread their wings, but it lacked a punishment mechanism. You still fell victim to the same people and institutions that didn’t want the act.”

Still, there is evidence that the law has had an impact on discrimination. Sander writes that a 1977 study by the department of Housing and Urban Development attempted to find out how rampant discrimination was. It set out black and white “testers” who sought information about minority or all-white communities. Results showed that black testers faced significantly less discrimination when inquiring about a white area than they did in the 1950s, according to Sander.

Such studies show that incidents of overt discrimination in the home selling and buying process have significantly decreased — but problems remain.

A 2017 study by the Urban Institute shows Chicago is one of the most segregated cities in the country, if not the most segregated. Jones mentions that issues of fair housing pop up regularly: from discrimination lawsuits to predatory lending and the fight against community housing in some areas.

“Banks are still being sued for redlining. You still have capital restrictions,” Jones says. The Dearborn Realtist Board was initially founded as part of the National Association of Real Estate Brokers when African-American agents were barred from membership in NAR. “But everybody now is very committed to the cause.”

There are also more subtle acts of discrimination, and agents have to be aware, says Michelle Mills Clement, CEO of the Chicago Association of Realtors.

“Fair housing issues aren’t always obvious,” she says. “It’s not always a door being slammed in your face. We make a concerted effort to provide training and resources so that all our members can recognize, check and report discrimination and bias. We emphasize that serving our communities and their clients without regard to race, color, religion, sex, disability, familial status, national origin, sexual orientation and gender identity benefit every Realtor’s bottom line.”

Both Jones and Mills Clement stressed education as the best way for agents to lead in the fight for fair housing, and for agents to speak to each other about the topic. CAR, NAR and the Dearborn Realtist Board are all working to do just that.

In April, CAR held a forum on fair housing in conjunction with local chapters of the Asian Real Estate Association of America, the National Association of Gay and Lesbian Real Estate Professionals, the Dearborn Realtist Board and the Women’s Council of Realtors, among others, Mills Clement says.

“We teach our Realtors to understand not just the law, but the intent, rules and wording of the Fair Housing Act,” she says. “In fact, it’s one of the first lessons our members learn.”

Last month, NAR held its midyear conference in Washington D.C., where the 9,000 assembled Realtors used the occurrence of the 50th anniversary of the Fair Housing Act to lobby for further fair housing protections. Among the issues brought up was housing protections for gay and transgender Americans.

In 2009, NAR included a guideline in its Code of Ethics for Realtors not to allow for discrimination based on sexual orientation or gender identity. Mendenhall says she would like to see more protections for these classes, and that NAR is working on the case. They are fighting for other classes as well, she says.

The Chicago delegation at NAR’s midyear conference lobbied for two bills in particular, Mills Clement says. A bill in the state House of Representatives would bar discrimination based on sexual orientation and gender identity in housing, and a federal bill authored by Sen. Tim Kaine (D-Virginia) that would do the same.

“Our main goal is for all Chicagoans to understand their rights under the law and to know they have resources available to them should a violation occur,” Mills Clement says.

In Chicago, that effort will be led by the Dearborn Realtist Board, which last week held a community wealth building seminar that sought to teach financial literacy and get 50 prospective minority homeowners pre-approved for mortgages, Jones says. He said black homeownership gives the community more leverage in the fight for fair housing.

“It’s really critical that we stress the power of homeownership,” he says.

Jones says his group is advocating for alternative credit score methods that could help in the effort. More black homeownership will not only help communities and black families build wealth, but it will also mean more jobs and opportunities for black real estate professionals, he says.

Jones says the state should consider allowing real estate licenses for those with criminal and records as a way to boost minority participation in the industry. (Black Realtors only make about half the median gross income of all residential-only specialists, which is $48,300, according to NAR’s 2017 member profile.)

Commemoration of the Fair Housing Act will continue throughout the year, which also offers an opportunity for reflection on the housing industry’s history and an effort to make for a better tomorrow. “We’re commemorating the Fair Housing Act, but we also know there’s a past, there’s where we are in the present and there’s the future, where it’s critical that not just the protected classes but that anyone doesn’t face discrimination in housing,” Mendenhall says. 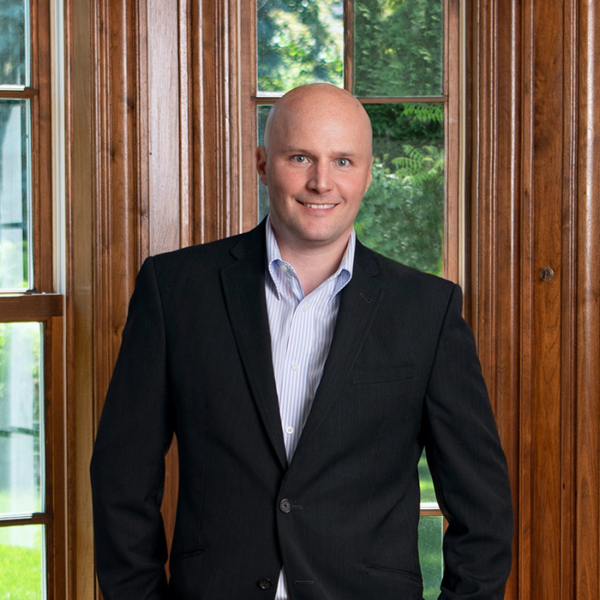