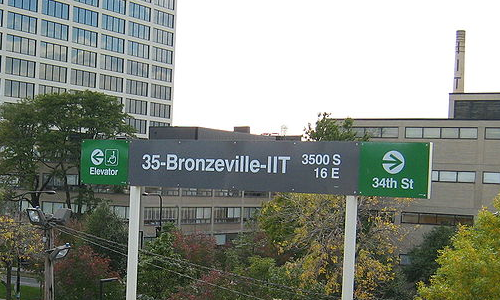 Emanuel describes the effort as part of Chicago’s “all-of-the-above approach” to economic development.

“This initiative doubles down on the progress we have seen throughout Bronzeville – from the Arts and Recreation Center at Ellis Park to the new Mariano’s on King Drive to the state-of-the-art pedestrian bridge at 35th street.”

Participating in the initiative are five area developers, selected by the Chicago Department of Planning and Development: R&D Builders, Greenline Parade of Homes, JJ Group Realty, Wade Enterprises & Associates and Click Development. As both Emanuel and Dowell laid it out, each developer will build a model home on a city-owned lot located on the 4500 block of Prairie Avenue. The City is selling the lots for $1 a piece.

The homes themselves represent the future of the initiative – which will see three-to-five bedroom single-family homes, typically sized at about 3,250 square feet, with modern amenities and priced between $440,000 and $589,000, built throughout the area. Once the select developers build and sell their initial model homes, the City will sell them additional lots for half their current appraised value.

Alderman Dowell, one the key figures behind the initiative, views the “Parade of Homes” as a means to transform and strengthen the Third Ward.

“(The initiative’s) announcement is the result of long hours of planning and relentless dedication to strengthening our neighborhoods,” he says. “I am looking forward to seeing these vacant lots finally turned into much-needed homes for families in Bronzeville.”