A guide to the 2017 buyer: Young Boomers 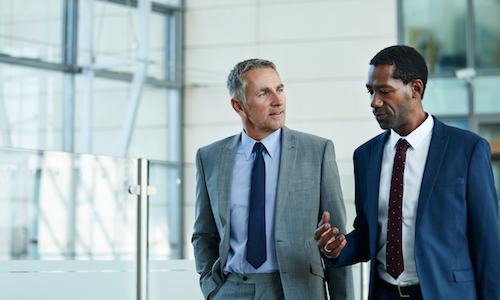 As we mentioned in the last entry in our “A Guide to the 2017 Buyer” series (which covered Generation X) the question of “What does this year’s buyer look like?” is particularly pressing in 2017, and for one reason – the country will inaugurate a new president, one who promises to govern in a decidedly different manner from his predecessors; that could mean a decidedly different housing market.

In this entry, we continue to draw from a recent realtor.com survey and look at Young Boomers (ages 45 to 54), who, as our tables below illustrate, are seemingly divided into two camps: the measured buyer, and the hurried buyer.

The majority of buyers between the ages of 45 and 54 are simply looking for privacy; however, a fair amount are also still family focused, as was the case with all generations:

The smattering of motivations Young Boomer buyers referenced in their survey responses are more evenly distributed than the other generations, although their reasons varied between urgent and casual. On the casual side of things, 25 percent were simply tired of their current home, and 17 percent were intrigued by low interest rates. Meanwhile, 34 percent cited either changes in family circumstances or a decrease in family size, which are more urgent reasons.

If we accept that Young Boomers’ motivations are split between the casual and the pressing, it makes sense that there was such a huge divergence between first two responses when it came to purchase timing. More than 40 percent want their purchase to happen within three months, while nearly 30 percent are fine with it nearing or even exceeding a year’s time.

No generation cared more about construction quality than Young Boomers – Older Boomers cared the second most (10.6 rating points), while every other generation allotted an average of 9 points or lower.

Young Boomers were also unique in their disregard for the location of their new home, with 23 percent citing they had no preference. However, given that they’re largely looking for big yards (11-point rating) and safe streets (9.4-point rating), it’s likely many will end up in the suburbs.

Like every other generation, Young Boomers remain committed to the detached single-family home.

For agents working with Young Boomers, there is a great opportunity to show value, as most (78 percent) see the biggest hindrance to their eventual purchase as either a current lack of information or inventory (i.e., just starting their search, can’t find the right house or the right neighborhood). A savvy agent will see this as an opportunity to provide options with they seem to be exhausted.