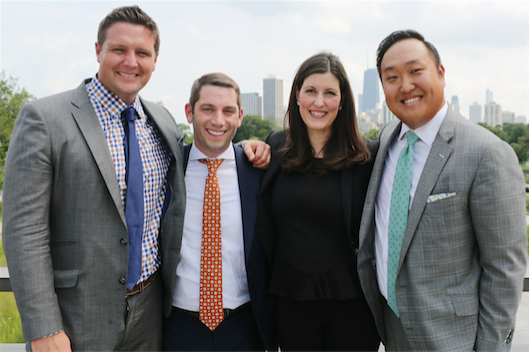 The ownership and leadership team will be composed of MKT Properties and Weinberg Choi Realty, with co-founders Weinberg and Choi, and their support team of agents, operating under the Keller Williams banner.

“We are thrilled to be joining forces with Tommy and Josh, two of the city’s most highly influential residential brokers,” said Joe Zimmerman, who will now co-lead the Keller Williams Chicago operation with partners Haight, Weinberg, and Choi. “When Mary and I joined Keller Williams, our first order of business was to partner with like-minded agents who have the potential to change the Chicago market landscape. Together with Josh and Tommy, we have the depth and expertise to accomplish that goal.”

Weinberg and Choi founded their brokerage firm in June 2007, and have been recognized consistently among the Chicago Association of Realtors’ top 1 percent of producing agents. “This move is a great opportunity to take our services and offerings to the next level in Chicago with a powerhouse organization,” Choi said. “Keller Williams is an agent-centric company, with high-level tools, trainings, and proven models that allow agents to see and reach their potential and become highly successful.”

According to John Schumacher, the director of the Keller Williams Mid-American region, the Keller Williams Lincoln Park market center will be the fourth of seven launches currently in process in the region, with plans for 16 additional in the near future.