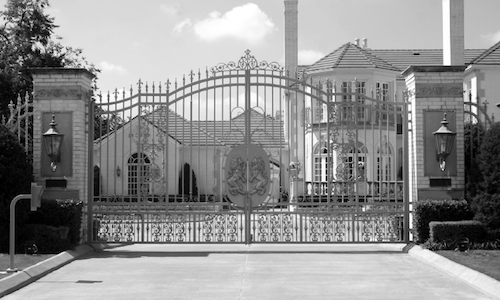 Luxury sales have stalled in Lake Forest. As of April, the relatively small city has a $1 million-plus inventory of 211 homes. Considering only 106 such homes have been sold over the past 12 months, that is a significant surplus. At the time of this writing, there are four sales currently pending in the suburb.

Lake Forest is not an anomaly. It is not the victim of a hyper-localized downturn. According to long-time suburban real estate agent Linda Feinstein of RE/MAX, it’s the norm.

“It is happening everywhere,” she said.

In nearly 30 suburban markets, the number of actively listed $1 million-plus homes exceeds the number sold in the previous 12 months. And in some areas, the margin is more than double.

For instance, in Naperville, 96 luxury homes are up for sale, compared to only 38 sold in the last year, not counting the four currently pending. In Wheaton, the ratio of luxury homes to those sold in the past 12 months is four to one.

Feinstein, who has been a top producer in Hinsdale since the ’80s, described today’s suburban luxury market as – at least partly – the result of city dynamics.

“When the city was doing well, the suburbs were doing well,” she said. “But when the city market slowed and people started moving out, at least in some areas, it floored our market.”

And people have, indeed, been moving out.

Illinois homebuyers on the move

According to United Van Lines, which conducts an annual, nation-wide movers study, in 2015, Illinois ranked third among the most moved-from states, and has been named among the top five every year since 2010.

“Illinois is one of the least popular states right now in terms of people wanting to live here,” Feinstein said.

The long-time luxury agent wasn’t simply making conjecture; multiple studies and surveys have corroborated the attitudes she’s seeing on the ground. WalletHub ranked Illinois’ work environment No. 39 nationwide; Forbes called the state the 13th worst for business; according to Harris Poll, Illinois is No. 8 out of the 10 states where Americans would least want to live; and in 2015, Census data confirmed that the Chicago area lost more residents (6,000-plus) than any other major U.S. city, the Chicago Tribune reported.

“They don’t want to live here,” Feinstein said. “They don’t like the fiscal state of Illinois, and they want to leave.”

But relocation is not the only motivator that has suburban homeowners listing their properties.

“I find that the consumer who goes through the process of building a luxury home usually wants to do it again. So they sell their luxury home,” the RE/MAX agent said, further explaining why the luxury surplus is composed of existing homes rather than new construction – though, Feinstein did say there is a fair amount of new construction happening in the $1.5 million and $2 million range in Hinsdale.

While the current surplus in Chicagoland could be cause for concern should it persist, Feinstein doesn’t expect that to happen.

“I anticipate next year being gangbusters,” she said.

Her reasoning isn’t rooted in the housing market, necessarily, but rather in politics.

“It’s my experience that in the year after a presidential election,” she said, “no matter who’s elected, everyone’s happy; and that happiness translates into increased sales.”

According to the University of Michigan, in the years following the 12 presidential elections since 1969, six years saw positive bumps in consumer confidence, while the other six registered declines.

Looking at existing-home sales, the National Association of Realtors reported increased sales in the year following both the 2008 and 2012 elections. Additional data from the U.S. Census Bureau, which showed the number of $500,000-plus new construction homes sold in the Midwest during the same periods, found decline in 2009 but growth in 2013.

However, Feinstein explained that her prediction is only speculation, and admitted that if inventory issues persist into the next year, “we are going to have some problems.”