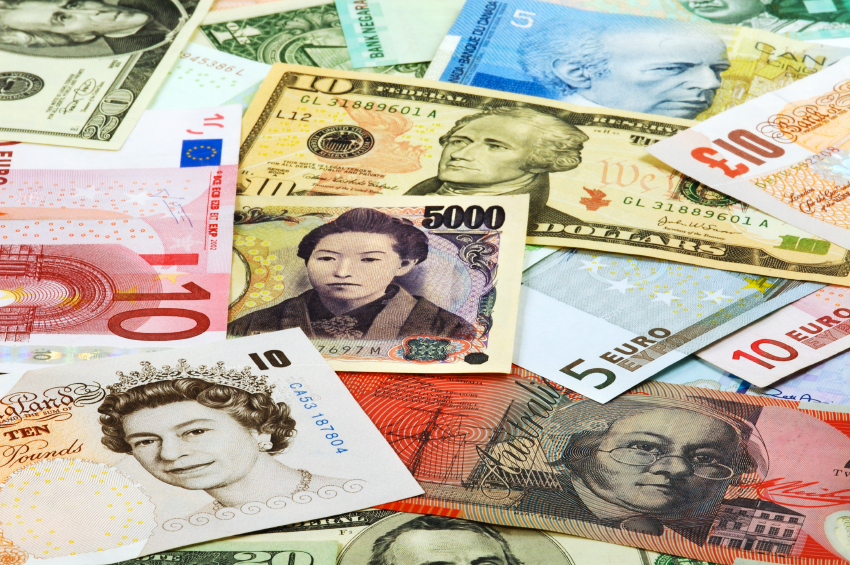 Throughout the first four months of 2015, home sales in the U.S. were the best they’ve been in eight years. Helped by a one-half percentage drop in fixed mortgage rates, home sales from January to April this year surpassed the same period last year last year by 9 percent. While home sales are clearly rising, there is one faction that is no longer greatly contributing to this growth – foreign buyers.

The percentage of U.S. homebuyers who identify as international has dropped from 2.5 percent in 2014 to 2 percent so far in 2015, according to the National Association of Realtors. When asked about this rapid decline, 75 percent of real estate agents contacted by NAR who work with international clients reported that the changes in foreign exchange rates significantly impacted foreign home purchases.

The Impact of the Stronger Dollar

That is especially true for the foreign buyers whose currency was affected most by the recent foreign exchange swing.  The graph below highlights the changes in currency relative to the U.S. dollar in correlation with the change in U.S. homes bought buy foreign buyers in specific locations. 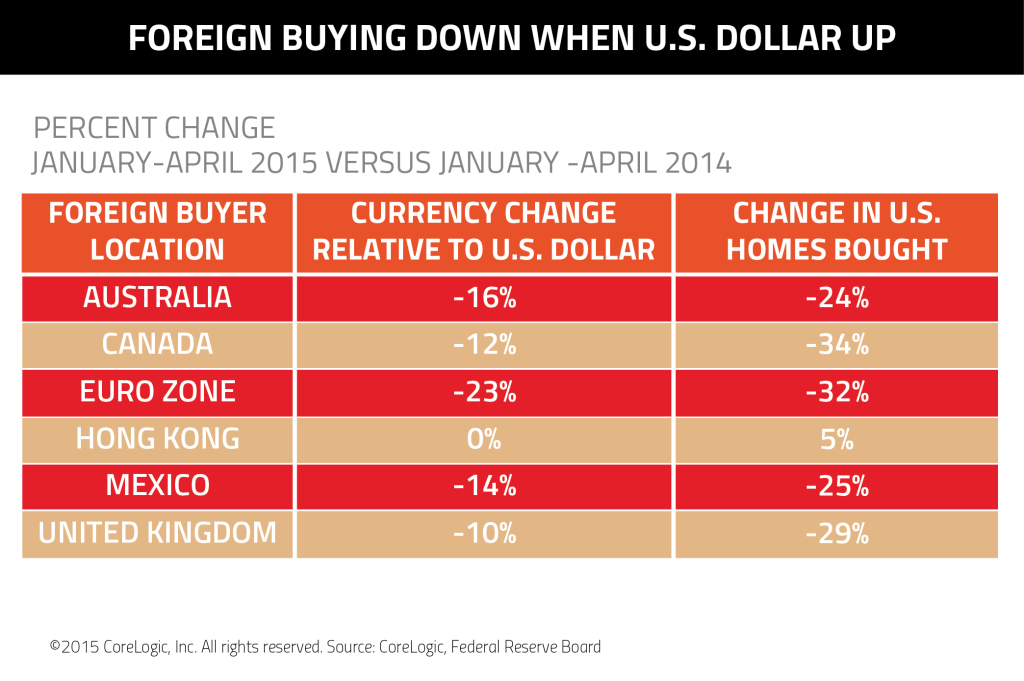 Aside from the foreign currency swing, there were other factors contributing to the decrease in foreign home purchases in the U.S. One of these factors is the rise in home prices in markets where foreigners previously tended to buy. For example, the Southeast coast of the U.S. was once a prime location for Canadian, European and South American buyers due to its beaches, warm temperature and cultural amenities. Canadians alone made about 67 percent of their U.S. home purchases in Florida. Nearly half of those purchases were located in the Miami-Fort Lauderdale-Palm Beach area. Home prices in this area have risen 7 to 8 percent in the last year. That rise in home prices, combined with the returning strength of the U.S. dollar, caused the average Canadian potential buyer to see a jump in purchasing costs of 20 to 25 percent.

Economists are unclear if this trend will continue given serious global issues including the debt crisis in Greece.