Win, Lose or Compromise: Lessons From a Real Estate Negotiator 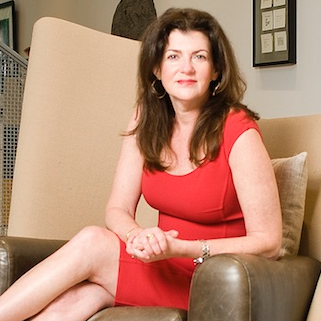 Mary O’Connor is a luxury broker with Baird & Warner

It’s easy to imagine negotiations as a battle, where victories are relished and defeats mourned, but in the context of real estate, the closing table, the industry’s front line, is less like a battlefield than it is a political chamber – a place where compromises count more than blows.

Mary O’Connor, a luxury broker with Baird & Warner, knows better than most the tribulations of negotiations, and when things are at their worst and tempers are flaring, she understands the value of composure.

“It is the buyer and seller’s egos that matter,” she said. “Agents should have no ego in these matters.”

It’s the difference between steering the wheel and guiding the hand. O’Connor believes that approaching the closing table in arrogance is the quickest way to squander a potential sale.

“In the luxury market, I often hear from the cooperating agent that the seller does not need to sell or the buyer does not need to buy,” she said. “Obviously, they both want to try to make the deal happen, or we would not have started the negotiation.”

O’Connor explained that everyone wants to feel important, which is why bending to a compromise is often so bruising to so many people’s pride. But in her experience, all negotiations are ultimately a compromise, and it’s imperative that agents are comfortable enough with their clients to tell them so.

“The relationship between the agent and their client can make or break a deal,” she said. “If the relationship includes trust and confidence and respect, the transaction is usually smoother.”

She admitted that while most experienced agents acknowledge the benefits of cordiality and prep their clients pre-negotiation to expect compromise, there is still a fair crop of agents who are unwilling to “put in the time and effort to keep a deal together.” In some cases, O’Connor revealed, deals only close if she steps in and shores up the deficiencies of the other agent.

“These deals rarely stay together unless I take over the cooperating agent’s responsibilities.”

From slow response times to failing to show up to an inspection, lethargy is an affliction prevalent at all price points. And if agents hope to achieve a track record like O’Connor’s, grasping the nuances of negotiating is a must.