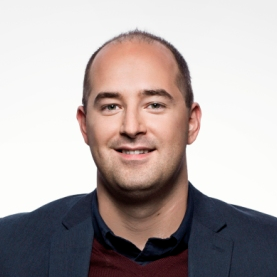 Clayton Jirak, an agent with Redfin, is a finalist in Realtor magazine’s 30 Under 30 contest.

Clayton Jirak, a real estate agent with Redfin, has been selected from a distinguished pool of candidates as one of 50 finalists for Realtor magazine’s 30 Under 30 contest, class of 2015.

Jirak, who specializes in the North Side of Chicago (particularly the Ravenswood neighborhood), is the only finalist from Illinois. His individual sales volume for 2014 was $19.6 million, with 53 individual sides.

Jirak, who has a passion for sustainability, has served as a board member on the Ravenswood Community Council (RCC) for three years.

“I believe in knowing and understanding where you do business by making a direct connection to those around you,” he said. “Volunteering in my community is central to my philosophy of being a local specialist in real estate.”

Jirak is also a leader within the green real estate community. He was one of only five individuals in the nation to receive the NAR Green REsource Council 2014 EverGreen Award, and the youngest to ever receive the award. He is accredited by the Congress for the New Urbanism and received the LEED Green Associate designation from the United States Green Building Council.

Jirak’s educational background includes a master’s degree in urban planning from the University of Illinois-Chicago, which has allowed him to help a broad range of clients make choices about sustainability and energy-efficient living.

“Another area I emphasize with my clients is historic preservation, which pairs nicely with sustainable home buying,” Jirak said. “The average age of a home in Chicago is 80-plus years and, as they say, the greenest home is the one that’s already built.”

He also credits his parents, both of whom were real estate agents, for serving as mentors and professional role models. More on Jirak’s nomination, along with the opportunity to vote for him as part of the contest’s Web Choice award, can be found on Realtor magazine: http://realtormag.realtor.org/30-under-30/finalist/2015/03/clayton-jirak.