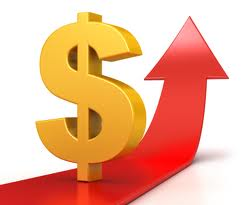 Congress is considering additional g-fee increases for Fannie Mae and Freddie Mac loans to avoid the so-called “Fiscal Cliff” in 2013.

The g-fee increase for Fannie Mae and Freddie Mac loans was undoubtedly the most controversial element of the payroll tax cut brawl in Congress last year – in case your memory is foggy, the added revenue from the g-fee hike funded the tax cut – but Congress has indicated that it will again consider a g-fee increase to combat the latest fiscal emergency on Capitol Hill.

The budgetary issues of 2012 involve the so-called “Fiscal Cliff,” the disarray that would result from approximately $500 billion of tax hikes and spending cuts taking effect in January 2013.

There are a number of details to consider regarding the potential g-fee increases:

Coincidentally, g-fee increases were just in the news; just last Friday, the Federal Housing Finance Agency (FHFA) announced that it would be raising g-fees for Fannie and Freddie by 10 more basis points, effective Nov. 1, to encourage more private funding of mortgages.

Edward DeMarco, the acting director of the FHFA, explained that the increases are the next natural step in returning the mortgage markets to normal levels (in the post-boom market, the government has been funding the vast majority of mortgages).

“These changes will move Fannie Mae and Freddie Mac pricing closer to the level one might expect to see if mortgage credit risk was borne solely by private capital,” DeMarco said.