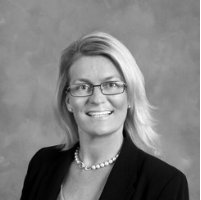 Less than two years after winning her own Sotheby’s franchise as part of a lawsuit settlement, Karina Caulfield has shut down her Lakeview residential real estate office to join forces with Conlon: A Real Estate Company.

Conlon Real Estate will now have about 200 agents working out of offices at 1101 W. Lake St., 2044 W. Roscoe St., Southport, and a building at 6 W. Maple St. that opens next week, Sean Conlon says. The combined companies should do about $400 million to $500 million in sales annually, he estimates.