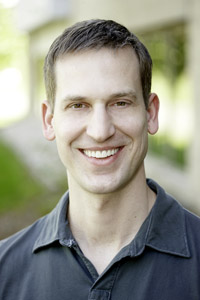 Going to and from appointments I am often asked many questions. “Are people buying?” “Is it a good time to buy?” People hear the news and are genuinely curious.

Here are two great articles about the state of the market. In the Forbes article, it explains the role of demographics and housing affordability in different markets that will be shifting our market upward.

In this Marketwatch article, there are 10 great points for buying a home. My two favorites are low mortgage rates (less than 4 3/8 % on 30 year fixed loan) and very good home prices. Never in our lifetimes will we have low home prices AND low mortgage rates. There have been times when we have had one, but never both together. I’ll guarantee you’ll never see it again while you’re alive. We’ll be kicking ourselves in five or ten years saying, “why didn’t I buy that place in 2010…”

On July 15, 1979, President Jimmy Carter gave a nationally-televised address in which he identified what he believed to be a “crisis of confidence” among the American people. At that time as well as now, the confidence index was the same. With more people believing that their children would be worse off than they were. During Carter’s administration, the economy suffered double-digit inflation, coupled with very high interest rates, oil shortages, high unemployment and slow economic growth. Does that sound familiar? If we take a moment to ponder what the US economy & real estate did through the 80s & 90s, we can see what a tremendous opportunity that time period was.

That is the kind of opportunity we are presented with now.

Michael Michalak is a real estate Broker for RE/MAX Signature specializing in downtown Chicago, and the West and North sides. He lives downtown in his one bedroom condo with views of the lake and river. Michael believes in the growing downtown neighborhood. He can be reached at mikesellschicago@gmail.com or at 312.933.4607.