A Sure Thing on the South Side

The Southside Builders Association (SBA), a trade organization of smaller and medium-sized developers who build on Chicago’s South Side, was founded nearly two years ago. The Southside Builders Association meets monthly over lunch to discuss business and regulatory matters. Cumulatively, SBA members are currently developing in excess of 250 units on Chicago’s South Side.

One thing the SBA is extremely proud of is that their Governmental Affairs Committee successfully lobbied the City of Chicago last year to change an overly harsh insurance requirement that was so costly to smaller builders, it had the unintended consequence of raising the cost of housing.

SBA members’ developments range from new-construction single-family homes to townhomes and both condominium conversions and new construction condominiums,” says Mark Sutherland, principle for Sutherland Pearsall Development Corp., and SBA VP. “Most of our members’ developments in neighborhoods extending from just south of the South Loop through North Kenwood/Oakland and Bronzeville, Hyde Park, Woodlawn and all the way to South Shore have experienced strong sales, and these South Side neighborhoods are booming.”

“In the case of the majority of our members’ developments, we’re basically building on land that has been vacant for years, and we’re putting it back on the tax rolls,” says Jerome Wade, president of the Southside Builders Association and president of Wade Enterprises, a firm with numerous development projects on the South Side.

Some of the developers enriching the area with new housing include Art Greviche’s Jenny Builders and Sutherland Pearsall Development building numerous condominiums on and around Drexel Boulevard in North Kenwood/Oakland. Other development firms active in these neighborhoods are SBA members Mitch Newman of Tarpoon Housing, Bejamin Van Horne of Greenline Development and Lennox Jackson of Urban Equities.

A diverse mix of homebuyers is being drawn to the city’s Near South Side neighborhoods of Bronzeville and North Kenwood/Oakland, and the change bodes well for the future of these communities, real estate experts say.

The buyers of new single-family homes, townhomes and condominiums include a mix of young professionals with black, European, latin and Asian roots. Experts say in a few years, these neighborhoods could mirror such bastions of diversity as neighboring Hyde Park and west suburban Oak Park.

With a mixture of entrepreneurial savvy and social conscientiousness, veteran developers are breathing new life into these areas with new construction developments. There are similar reasons that many of these diverse buyers are making themselves feel right at home in these traditionally black areas, including convenient commutes to downtown Chicago, proximity to natural resources such as Lake Michigan, healthy property appreciation, and lack of congestion. Value is a resounding reason that some buyers are taking a pass on such destination neighborhoods as Lincoln Park and Lakeview.

Diverse buyers seeking easy access to work tout the merits of these South Side areas’ nearness to downtown and the Loop. Indeed, Bronzeville and Oakwood/Kenwood are probably as near to downtown Chicago and the Loop as the Lakeview neighborhood.

North Kenwood is located along the lakefront, between Hyde Park and the South Loop. The area currently is experiencing a wealth of new construction projects and rehabs, and the great old boulevards and tree-lined streets often rival the North Side.

The SBA Spring Gala is April 25 from 6-10 p.m. at the Checkerboard Lounge, 5201 S. Harper, in Hyde Park. This is an opportunity to meet members of the SBA and learn about more than 20 new projects they are developing. There will be hearty appetizers and an open bar, and tickets are $75, or $20 if you are a licensed agent. 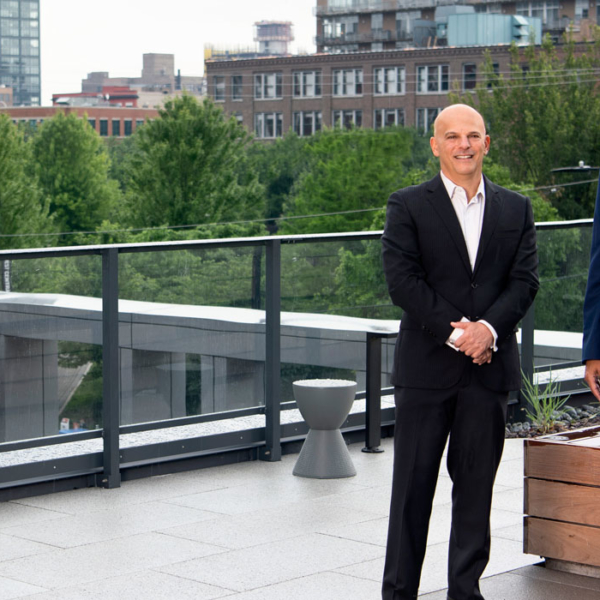