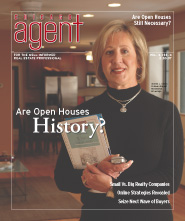 News reports of real estate agents being attacked while showing a property or hosting an open house alone and the availability of virtual tours and photo galleries online may have impacted the frequency and purpose of the traditional open house, but will they be done away with altogether? Some think they may.

Today’s open houses tend to draw a more informed audience of potential buyers who likely have already seen the properties on the Internet through a virtual tour or photographs. But the events are often less attended than in the past, when the only way to view a property was to do a physical walk-through during an open house.

Daniel Glick, a broker associate with @Properties, says open houses are not an efficient use of time.

“There are so many other ways for people to get information on a property,” says Glick, who joined the industry six years ago. “If I have an open house for two to three hours and only three people come, that’s not a very good use of my time. I’d be better off knocking on doors and handing out flyers.”

Glick says it’s often the seller who pushes the open house, as it’s the only time he actually sees the agent physically working for him.
“Open houses are a great tool to get buyers but not a great way to sell houses,” he says.

Craig Hogan, a Realtor with the Chicago Home Sellers Team at Keller Williams, believes open houses are slowly becoming dated. “Now we just use them for our own reasons, but there was a time when open houses were what you did because nothing beats walking through an actual home.”

Hogan says that, with the market being slow these past eight months, he’s actually noticed an increase in open houses but doesn’t think the trend is here to stay. With a huge percentage of homes available on the market, buyers are taking more time to buy a house, and that extra time might include visiting properties in person.

“If you’re in the $350,000 condo range, you can literally pick an area of the city and go through [units] for weeks,” says Hogan, who joined the industry in 1996. “We’re using open houses right now, because we’ve not worked with this many buyers at the same time,” says Hogan. “On a Saturday or Sunday, there are only so many places you can be at once; we’re sending our people to the open houses to fill in the gaps.”

Sharon J. Kozak, a Realtor with Coldwell Banker Residential Brokerage in Evanston, says she hasn’t noticed a decrease in the use of open houses. In fact, she says, agents often use open houses as an opportunity to find new clients among those buyers who don’t have an agent. But, she acknowledges that the Internet has had an impact.

“Buyer traffic has dropped tremendously because of the Internet, virtual tours and Web sites,” she says. “It’s a process of elimination. If they don’t like what they see on a development’s Web site or virtual tour, they probably won’t bother to come by the open house.”

Kozak says sellers tend to be more optimistic about finding a buyer through an open house. “We, as listing agents, go through the motions, but 98 percent of the time in my market area, that’s not what’s going to happen.”

Hogan acknowledges that the Internet does impact the attendance at open houses and the information viewers have before they get there. “To me it’s all about the Web, photographs and people seeing everything before they get to the open house,” he says. “I make it a point to tell them there’s a full photo gallery on the Web or a virtual tour, and they always tell me they’ve seen it already.”

Safety first
Another area of concern with regard to open houses is the safety factor, especially for female agents working such an event alone. While no one on the Chicago Home Sellers Team has had a bad experience during an open house or a private showing, they’ve certainly experienced some things that were “on the edge,” says Hogan. “It happens to the women, where occasionally a whacko turns into somebody that stalks the agent and shows up at every open house they have. That’s off-putting, of course, and makes the women nervous, understandably.”

Kozak says she’s worked many open houses since leaving the banking business for a career in real estate and hasn’t had any problems. “I work in the city 99 percent of the time and have never had an issue,” says Kozak, whose background is in resale and development work, which requires her to hold four or five open houses every Sunday, hosted by sales associates. “I’ve worked in some rough areas and never had an incident where I thought I was in danger; I’m very thankful, because it is a risky situation. ”You have to quickly assess the situation and be alert. Always carry your cell phone in your hand, just in case.

According to Mortgage Daily News, solid statistics on the number of agents who fall victim to murder, rape, assault or robbery don’t exist. One source states that 206 agents were murdered on the job between 1982 and 2000. This number does not even touch on that of agents who were the victims of sexual assault, non-fatal shootings, beatings and stabbings, robbery, and car jacking.

A Realtor conducting an open house is often alone and knows nothing about the person walking in the door. Agents often meet customers for the first time in front of a vacant house, or drive or ride with them to an appointment. But agents often become so comfortable with the daily tasks of the industry that they fail to take precautions to ensure their own safety.

Just last year, a number of attacks on real estate agents made national news, including an incident in St. Petersburg, Fla., in which a neatly dressed young man posed as a relocated drug enforcement administration agent and spent more than four hours looking at houses with a real estate agent before asking to return to one of the first homes he had seen. There, he attacked the female agent, and took her car keys and purse, while threatening to kill her with a gun and 12-inch knife he had concealed on his person. The agent was hurt but not seriously.

A few months later in Atlanta, three female real estate agents were robbed at gunpoint within 11 days by a man and woman who’d contacted the Realtor by phone about seeing a house. As they were concluding their walk-throughs, they were robbed. Each time, the agent was tied up and her vehicle stolen, according to news reports.

Many real estate office managers routinely discuss safety practices with their agents, but few have any hard and fast rules, and agents themselves say that they often knowingly take risks, because it is the only way they can conduct business. Law enforcement officials, real estate boards, real estate trainers, and others routinely advise agents to observe some common sense safety precautions. C.A.

Realtor Safety Tips:
1. Always meet a client for the first time in the office. Introduce him to coworkers and make it clear that they know you are taking him out of the office. Try to take separate cars but, if that is not possible, you will have slightly more control if you drive. Do not meet a client at the property, particularly if he is calling on a yard sign. He will already have had a chance to note if the property is vacant.

2. Get a license plate number and leave it at the front desk. Just explain that it is office policy; a customer who means no harm won’t mind. You might also leave an itinerary for your house tour.

3. Don’t identify a property as vacant to a caller on an ad or sign.

4. When showing property to a stranger, follow rather than lead him through the house. Don’t let him get between you and the door. At an open house, take up a position as close to the door as practical.

5. Always carry a cell phone where it is easily accessible (not in the purse you left in the car or stowed in a kitchen cabinet.) Make sure emergency numbers are programmed into the speed dial.

6. Ask the office manager to control keys to the office and to place deadbolts on the doors. If you are alone in the office at night draw the shades and do not admit anyone you do not know well and trust.

7. Go with your gut. If something doesn’t feel right, if anything raises the hair on the back of your neck escape the situation immediately. You might feel like an idiot, but don’t worry about it. 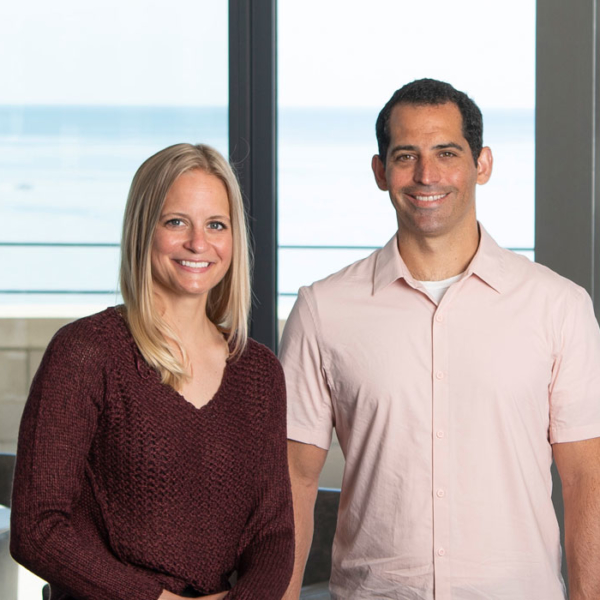