Chicago is a city of skyscrapers. The architectural style was invented here, in 1855, and ever since, supertall towers have defined the skyline. For decades, the Willis (Sears) Tower was the tallest building in the world, and it remains the tallest in Chicago. Now a future structure, the Tribune East Tower, is set to snag the No. 2 spot.

Plans for the Tribune East Tower were approved by the city in 2020 — but not without a fight. Standing at 1,422 feet upon completion, the 102-story tower will dwarf its neighbor, the historic, 36-story Tribune Tower which drew early opposition from prospective Tribune Tower buyers. But the proposal eventually passed.

The mixed-use structure is being developed by CIM Group and Golub & Company. Once finished, it will include a 200-unit hotel, 439 apartment and 125 condominiums. Construction has not commenced, although the project was recently featured on CommercialCafe’s list of the tallest planned skyscrapers. 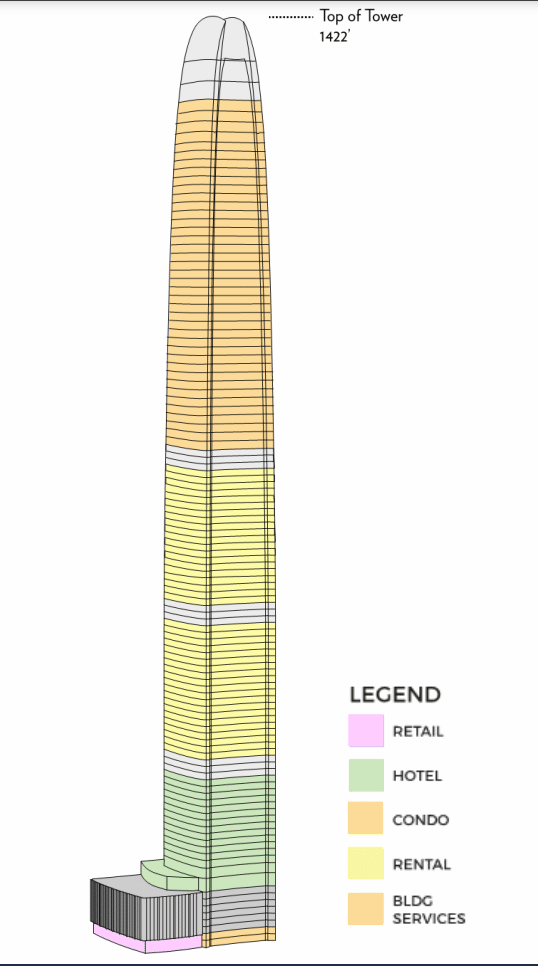