Filmmaker Nathan Eddy initially interviewed Jahn for “Starship Chicago,” a 2016 documentary focusing on the complex history of the Thompson Center. Jahn had been the architectural mastermind behind that grand — and polarizing —public project. Now, five years on, Eddy’s new documentary “Helmut Jahn: In a Flash” repurposes their conversation to delve deeper into the evolution of Jahn’s glassy, postmodern style. 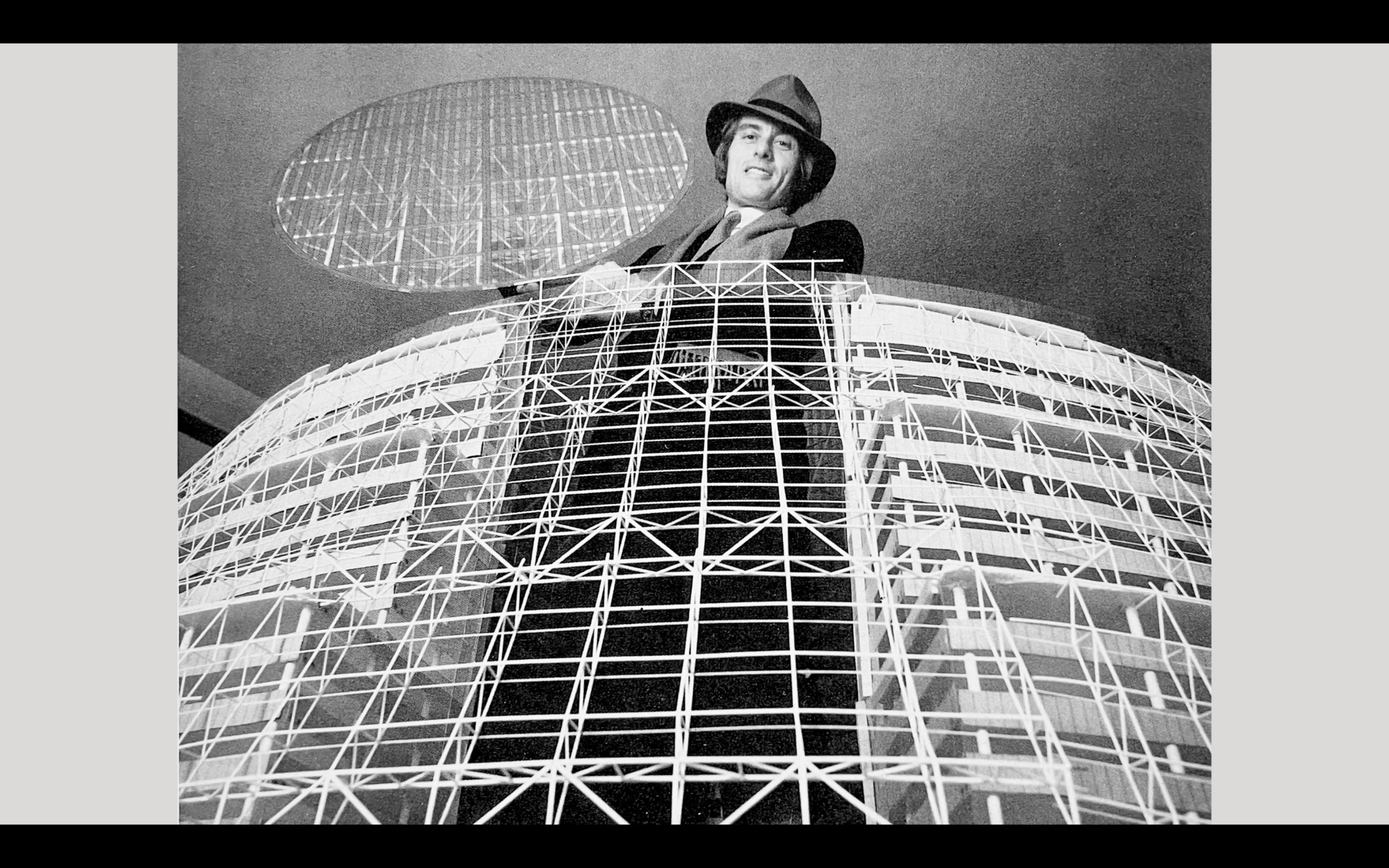 Helmut Jahn with a model of the Thompson Center, Vimeo: Nathan Eddy

“When I got here in the ‘60s, Chicago was the center of the architecture world,” Jahn explains at the start of the film. But as time wore on, and technology progressed, his aesthetic advanced to reflect great material changes. And though the Thompson Center may remain his most famous Chicago structure, he designed a score of other notable local buildings. Among them: The Lakeside Center at McCormick Place, One South Wacker, the O’Hare ‘L’ station, O’Hare’s United Airlines Terminal 1, the CitiGroup Center and the University of Chicago’s newest library. And his influence on the Chicago skyline is ongoing. Recently, construction recommenced on one of Jahn’s final projects, the Michigan Avenue skyscraper 1000M.

“In a Flash” celebrates these various achievements, juxtaposing Jahn’s own interview with drone footage of his impressive portfolio. Speaking to the design magazine Dezeen about the project, Eddy said he hopes to posthumously help raise the architect’s profile. “I think that he was undervalued. And I think he thought that too,” Eddy said. “This is somebody who would have lived until he was 100, and who would have been an architect until the very end. He had that kind of vitality.”

“Helmut Jahn: In a Flash” is free to stream on Vimeo.

“Helmut Jahn: In a Flash”