Although the suburbs bring to mind the dream of home ownership new data from RentCafé reveals that burbs are up for rent! In the last decade, 103 suburbs across the U.S. have transitioned to become majority-rental. According to Census data, a total of 21 million people are now renting in the suburbs: a nationwide increase of 22% over the last 10 years. For comparison, suburban home ownership has increased just 3%. In all, 39% of those living in metro suburban areas are currently renters.

Of those many suburbs which have become renter-majority, 14 are outside of Washington, D.C., 13 outside of Miami and 12 outside of Los Angeles. Three are in the Chicagoland area: Dekalb, Gary, IN and Waukegan. Dekalb’s current share of renters is 58%: up 9% from 2010. Gary and Waukegan are 53% and 50% renters, respectively. Additionally, four more Chicago suburbs are expected to transition to majority-rental in the next five years: Melrose Park, Riverdale, Justice and Chicago Ridge. Carpentersville and Gurnee are both also notable for a sharp increase their rental populations. Rentership grew 67% in Carpentersville over the last decade and 56% in Gurnee.

Commenting on the residential phenomenon, Dr. Kenneth Laundra, an associate professor of sociology at Millikin University, told RentCafé that suburbs are simply not the “baby boomer fantasyland” they once were. “We have reimagined the American dream for a modern, more diverse society where people are having fewer children and getting married much later in life (if at all), and where most good job/career opportunities require one to be flexible,” he said. 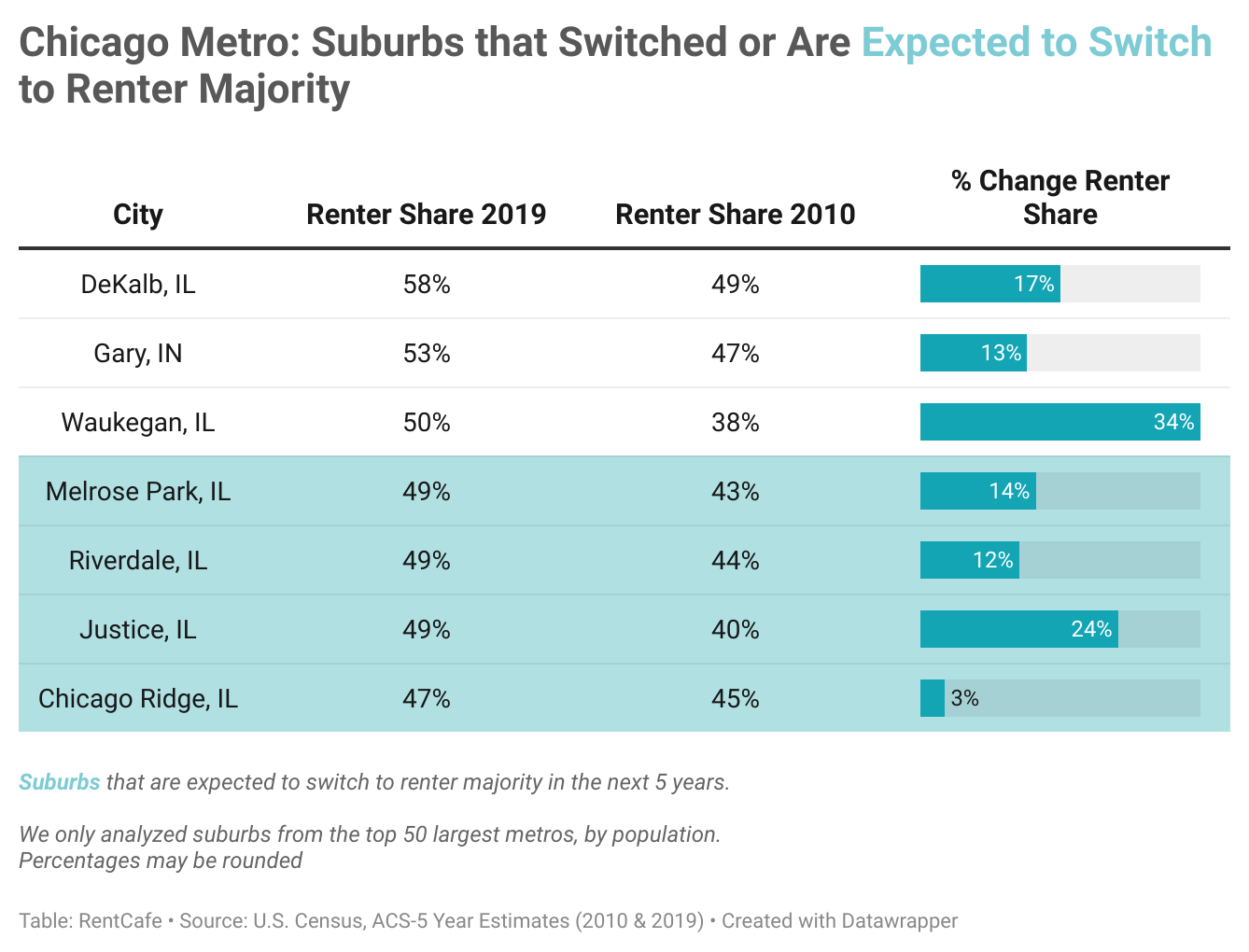