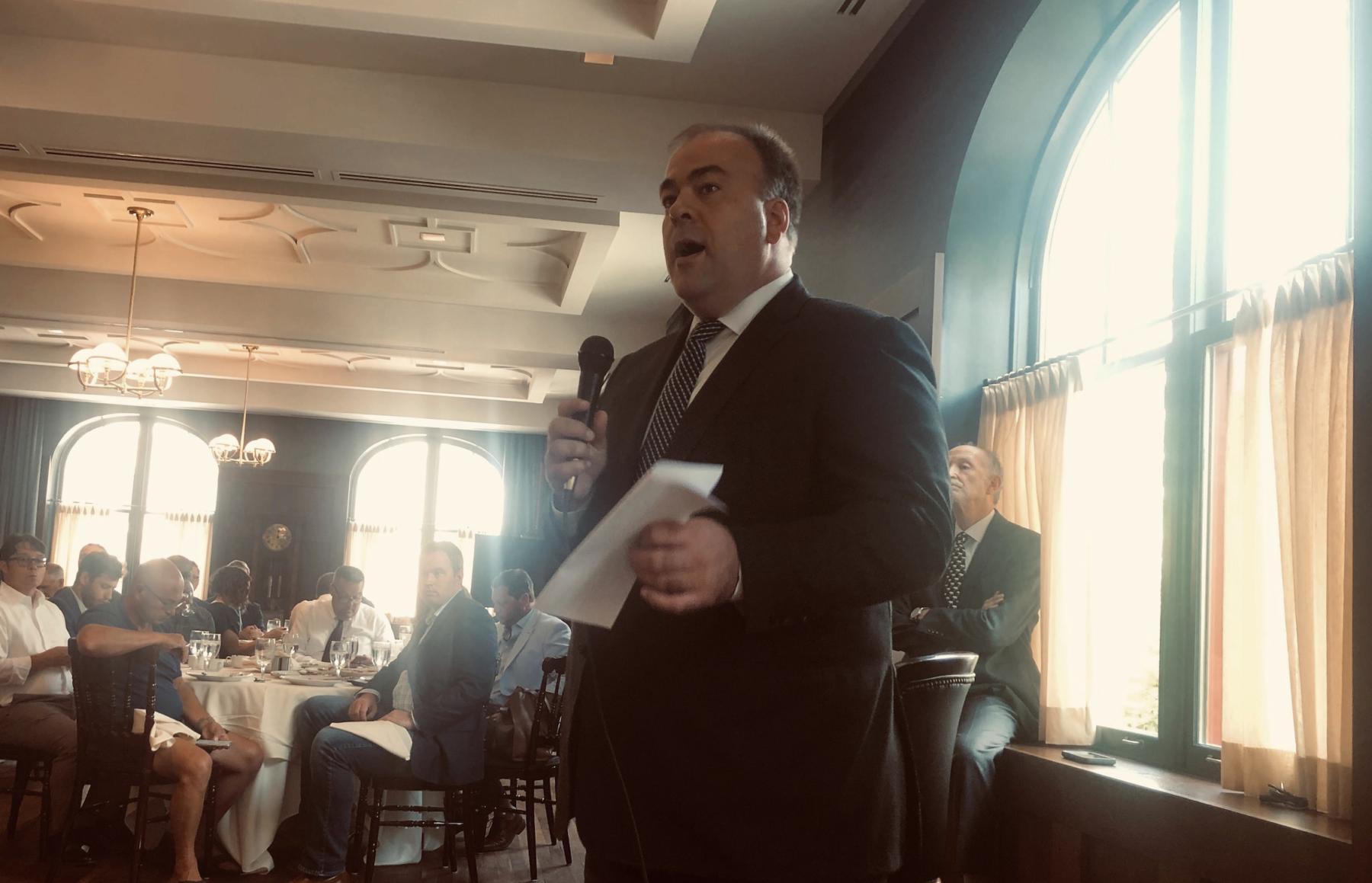 When Fritz Kaegi took office as Cook County Tax Assessor in December, homeowners and real estate agents had a lot of questions. But Kaegi opened his presentation at a Southside Builders luncheon in the South Loop Wednesday with a question for the audience. “How many of you here have heard of Carmela Quintos?”

It was something of a trick question. The crowd of commercial landlords and developers, along with some real estate agents, didn’t know the name of Kaegi’s counterpart in New York City, whose official title is Assistant Commissioner of Property Valuation and Mapping.

“No one wants to come to lunch with her. No one needs to know who New York’s assessor is,” Kaegi said. The focus under Quintos, according to Kaegi, is on transparency and a phrase he repeated several times: Data integrity—a jargon-y way of saying that the information about properties that forms the basis for assessments should be as accurate and in-depth as possible.

It’s not hard to see why Kaegi, who ran on a platform of reform, would make these things a priority. His predecessor, Joe Berrios, raised eyebrows when it came out that homeowners were effectively paying more than their share in taxes while some commercial landlords were catching a break. New evidence supports the case that this may have been the result of blatant, behind-the-scenes favoritism to certain large landlords.

So far, though, there are concerns among both homeowners and commercial property owners that an overhaul of the system could mean a far bigger tax bill for both groups. Kaegi’s office is in the process of assessing values in the northern suburbs as it works its way across the entire county. Homes values there have reportedly risen almost 17 percent since the area’s last assessment, conducted under Berrios in 2016.

Kaegi, who is backing a bill in the statehouse to mandate more transparency in the reporting of income from commercial properties, said it’s a matter of feeding accurate information about property values into the assessment system.

“If you have garbage coming in at the top, guess what comes out at the bottom? If the data is wrong, assessment will be wrong,” he said.

This can apply to residential properties, too. Kaegi used the example of the house his father owns in Hyde Park where he was raised. It’s a stately, three-story, brick house, “but it’s got a crappy kitchen,” he said—the kind of detail that can bring the value of a property down. The trouble, as Kaegi noted, is that it’s impossible to see into every home in the county to know what condition it’s in.

Kaegi said that growing his staff with fresh thinkers from the private sector, along with utilizing more databases and digital platforms designed to help commercial landlords maximize profits, will help his office paint a more accurate picture of what commercial properties are worth. But let’s say Kaegi’s father updates that kitchen. How will an upgrade like that be factored into assessments on the hundreds of thousands of stand-alone dwelling units in the county?

The new assessor didn’t have a clear answer, but emerging technologies—like Zillow’s recently-unrolled AI-based platform—could play a role in easing what has been a nearly impossible task. Whether that’s a route Kaegi will take is anybody’s guess, but where he’s headed does seem clear: toward a more data-based and ultimately more accurate system for deciding what homes and other properties in Cook County are worth.