Redfin: A quarter of buyers would be ‘unfazed’ by rising mortgage rates 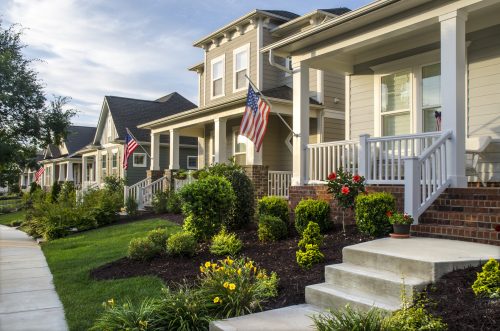 As the mortgage rate slowly rises in the beginning of this year, only 6 percent of homebuyers said they would cancel their plans to buy if mortgage rates surpassed 5 percent, according to a late 2017 survey by Redfin.

By the end of 2017, the average 30-year fixed mortgage rate was right under 4 percent, then in January it inched over 4 percent and continues to steadily escalate. Despite the ever-increasing cost, homebuyers seem unfazed by the idea of a rise in mortgage rates. 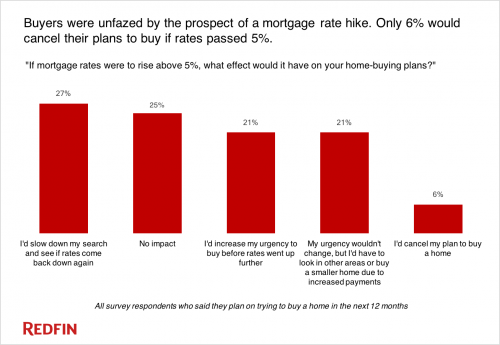 When this survey launched in early November of last year, a Senate tax reform bill proposed a complete repeal of state and local tax deductions. This lead to some uncertainty concerning a possible change of legislation, particularly to those who were in the process of buying or selling a home. When survey respondents were asked about their concerns of the current U.S. economic climate, about 38 percent had high taxes within their top three choices with the other two most reoccurring choices being affordable housing (33 percent) and the income gap between the rich and poor (28 percent).

“Tight credit, lack of inventory and high demand are the major factors that tell us there’s no housing bubble, despite rapid price increases,” said Redfin chief economist Nela Richardson. “There are still many more buyers than the current housing supply can support, with no major relief in sight.” 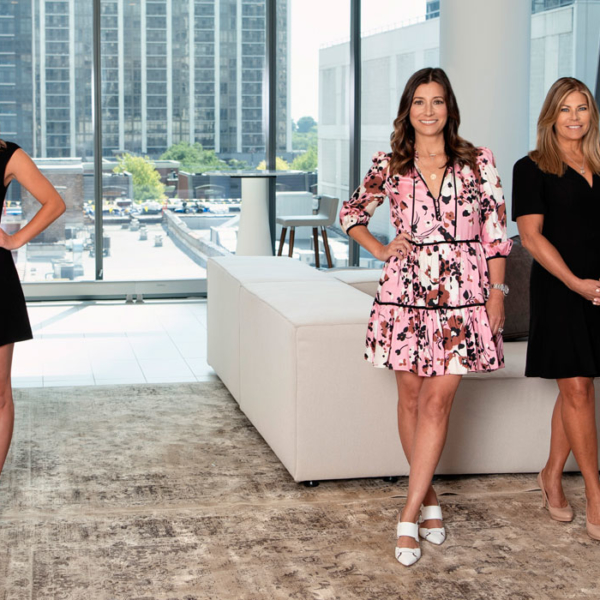