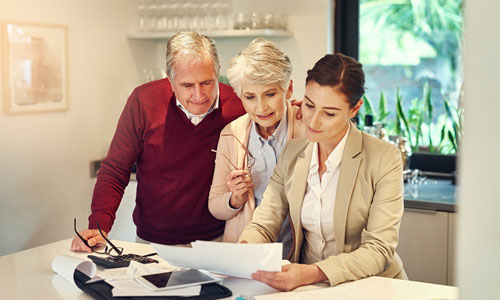 One of the most common questions — or in some cases, complaints — residential real estate agents receive from clients relates to property taxes.

While paying higher taxes on a residential property can be burdensome for homeowners, it can also be considered a double-edged sword, according to Tom Shaer, deputy assessor of communications for the Cook County Assessor’s Office.

In fact, the market in Cook County has rebounded significantly following the broad decline from previous years, according to the Assessor’s Office.

Upon receiving a letter of property assessment, some homeowners may be quick to lay blame for their higher property taxes on their local assessor’s office. However, various factors play into how much a homeowner’s property is assessed, and in turn, how much they have to pay in property taxes.

Below are five facts agents and homeowners must know about the process of property tax assessment in Cook County.

There’s one common misconception homeowners and agents have about property assessments, according to Shaer: “The Cook County Assessor has absolutely nothing to do with local tax rates. The assessor has nothing to do with school levees and whatever the local taxing bodies decide to ask for from the community.” The assessor’s office merely establishes values for these properties using a mass appraisal system. “Sure, if we assess your property lower, your taxes are going to be lower; but we have assessed properties lower based on what was happening in the market, and a lot of people still have higher bills because that’s what the local communities might decide to do with the tax rate.”

Every three years, properties in a group of townships in Cook County are reassessed in a process called the triennial reassessment. The process involves the use of a computer-aided mass appraisal (CAMA) system that allows the Assessor’s Office to analyze property sales within a given township from the previous three years. “The three-year period gives the assessor’s office a good sampling of sales and market data on which to base the assessment, or the market valuation of a home,” Shaer says. For example, a property’s reassessment figures for this year will be based on values from 2015, 2016 and 2017. “Homeowners think it’s based on data from the current month, and that’s just not true. It’s as of the end of the previous three years.”

4. Six minutes could make a difference

If homeowners disagree with the assessed market value of their home, they can easily complete and file an appeals form on the Cook County Assessor’s website. It usually takes about six minutes, Shaer explains. “We don’t rely on appeals to get it right because our figures are usually in line with the market,” he says. “But we’re not perfect, and it’s a computer-aided mass appraisal system, so who better to tell us more information that they think we should have than the homeowner?” The appeal can take up to two months to process, according to Shaer. There is no fee to file an appeal — all homeowners need is their property identification number. “You don’t even need to do a lot of work. We’ll find the comparable properties for you,” Shaer says.

Some homeowners may feel overwhelmed with the process of appealing a residential assessment, but doing so can lead to big payoffs. “Most people feel that the market value that we estimate is in line with the market; but if they don’t, we’ll give them a fair shake,” Shaer says. “Some get a large reduction, some get just a small reduction — but it is a success. If you lose your appeal, your value will not go up. It’s a no-lose proposition.”