Tax reform: What the new law means for homeowners 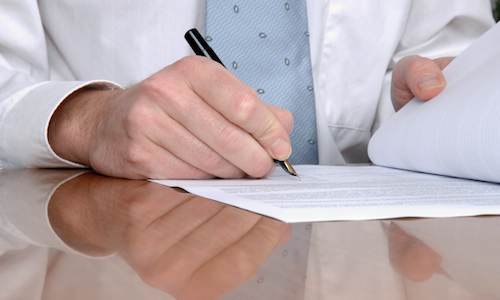 The recently passed tax law could have a significant impact on Chicagoland homeowners, which in turn would affect agents, lenders and contractors.

The law would reduce the amount of mortgage interest that homebuyers can deduct from their taxes. It would also limit property tax deductions that sellers use to reduce the amount they have to pay. Homebuyers, sellers and owners may end up paying more in taxes, according to several independent analyses.

The tax code currently allows homeowners to claim a deduction for mortgage interest up to $1.1 million on a first and/or second home. That amount would be cut to $750,000 on future home purchases.

Both property taxes and state and local income taxes remain deductible, although with a combined limit of $10,000. Meanwhile, real estate investors would be exempt from a 30 percent limit on interest deductibility under the bill, a perk that is not available to homeowners.

“Everything I’ve read and heard about the tax bill is that it won’t be a tax cut for homeowners,” says Mark Coleman, president of the Realtor Association of the Fox Valley. “It’s unfortunate and it’s a reason why from a federal, state and local perspective we’ve all been in opposition to this new tax cut.”

The rollback of the mortgage interest deduction, as well as the limits on state and local tax deductions, will ultimately result in homeowners having a higher tax bill, Coleman says.

“If we increase the burden on homeowners, we fear that is going to be detrimental to the economy. It’s not a good thing to think about,” he says.

Coleman argues that the rollbacks will deincentivize home purchases in the single-family home market and will fuel the incentive for people to rent.

“We benefit either way because Realtors earn commissions on rentals if we’re so engaged, but we certainly make more money when transactions are put under contract and closed,” Coleman says.

Ian Robinson, president of the North Shore–Barrington Association of Realtors, echoes those concerns about the new tax reform.

“Tax reform is a necessary thing,” he says. “But reducing taxes on corporations and the wealthy could do significant damage to the middle class. This could be destructive to our ability to build communities and prevents people from having the peace of mind of being in your own home.”

Robinson advises agents to be engaged in their communities and to speak up within their various industry associations and at the ballot box. Educating elected officials — and voting based on their performance — is an ongoing process, he says.

“After visiting Washington, D.C., last year and meeting with House members and Senators, I realize that some of them understand issues affecting the housing markets, and others have relatively no clue. The next election cycle will be interesting, and this new tax reform could backfire on them.”