Do you think demand will increase or decrease in Chicagoland? Do you see different trends taking shape in the city vs. in the suburbs?

Doug Carpenter, IR: One thing has been clear throughout 2016 and will extend into 2017: people want to buy homes, but there just are not enough of them on the market. I think it’s too soon to say that consumers will favor the city or the suburbs, but we are seeing people moving quickly when they find what they want, which may mean they look outside of the area they initially considered.

Sean Conlon, CONLON/Christie’s: Residential real estate tends to be slightly rocky during election years, but as we simmer down from the election, we will see a demand increase. There always tends to be a fair amount of transition between the city and suburbs, and that remains consistent. As the Millennials grow up and start families, they will transition into relocating to the suburbs from the city. The many large corporations relocating to the city will also drive demand back into the city housing market.

Patrick Ryan, Related Realty: I believe demand will increase in the Downtown Chicago market from two segments: foreign purchasers and renters converting to purchasers. There is hard data to support that purchasing is less expensive than renting for the first time in decades. Renters will start to look at properties for purchase. Chicago is earning more international exposure, and as a result, we are becoming less of a hidden gem.

Tripti Kasal, Baird & Warner: First-time homebuyers are looking for lower-priced, entry-level housing, and are willing to move out of more traditional communities in favor of more affordable properties in neighborhoods like Pilsen and Logan Square. Buyers previously wanted to buy a house with a big piece of land. Today, the extra land is not as important, so suburban sellers who have a big piece of property are dividing the parcel to enable new construction homes. 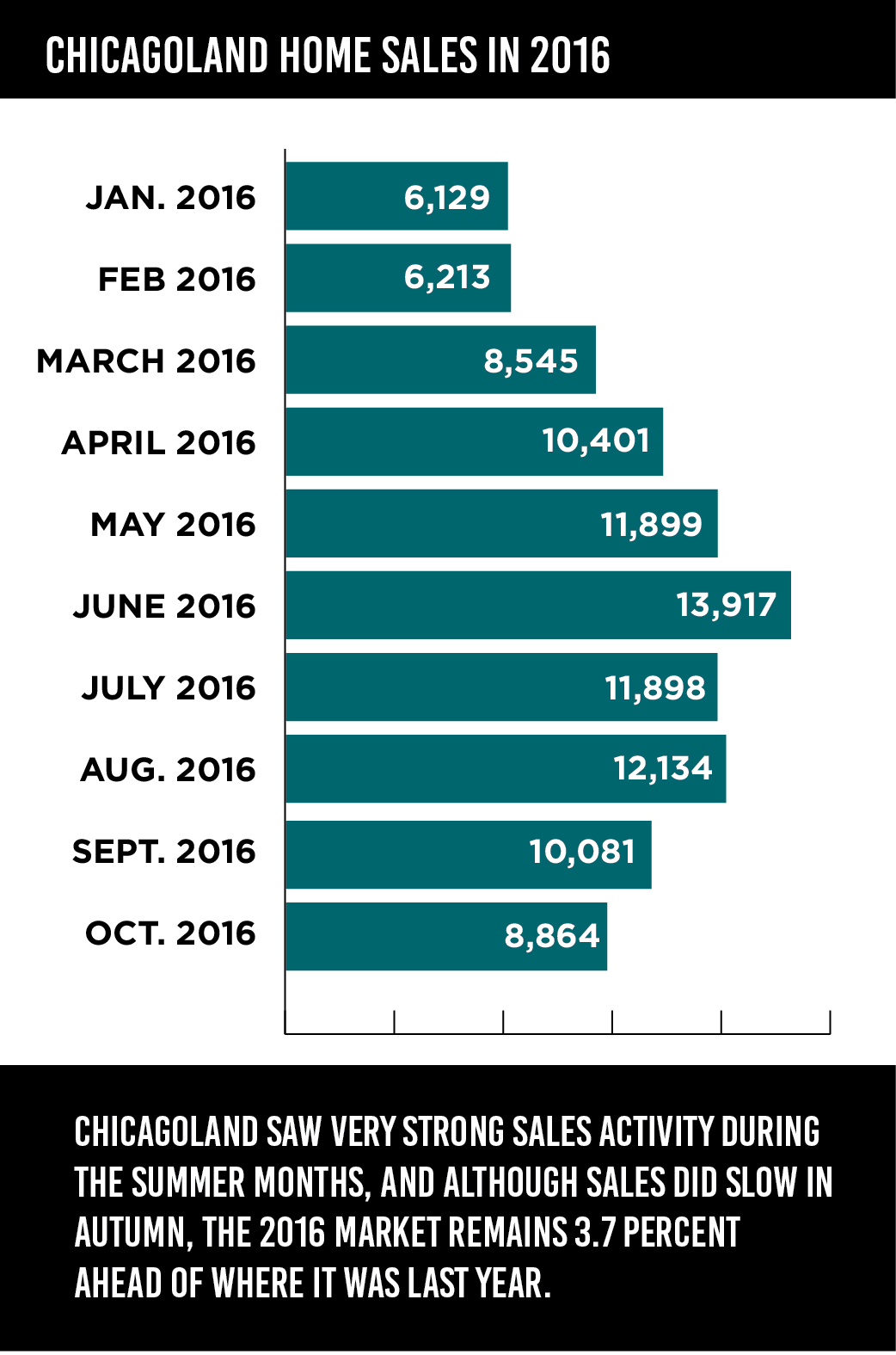 We’ve seen fairly uneven recovery in home values and home price growth in 2016. What do you expect those trends to look like in 2017?

Paul Lueken, Draper and Kramer Mortgage Corp.: As time goes on, I think the trend will be for all price levels to even out, with the very expensive homes ($2 million-plus) continuing to lag – people are not desiring large mansions as they did a decade ago. When it comes to geography, as areas become overvalued and undervalued, consumers will find the bargains and avoid the overpriced homes, and prices will move back towards the mean.

Doug Carpenter, IR: Price recovery is going to be very dependent on the market, as it always has been. That said, areas that have an abundance of homes priced below $250,000 should be very attractive to buyers, as that is a price band that is very much in demand right now.

Rebecca Thomson, @properties: Today’s homebuyers should be thinking long term and not be so focused on year-over-year price growth. They should find a community where they want to put down roots, and buy a home they can afford and enjoy for several years.

What do you think will happen with inventory in the suburbs, especially places like Wilmette and Lake Forest, where homes at higher price points are sitting on the market?

Mike Sato, Jameson Sotheby’s: The suburban seller will have to adapt to the current urban trends of staging, and adjust pricing to meet the market. Their competition is not just within their hometown anymore; the same buyers are looking at neighboring suburbs and the city, where public and private schools options are just as appealing.

Sean Conlon, CONLON/Christie’s: One of the issues we are seeing is that the way people live has changed. A number of homes on the North Shore were designed for a specific style of living, and the floor plans are not conducive to the buyer of today. Though beautiful aesthetically, many of those homes need to be reconfigured for today’s lifestyles, and therein lies the rub: the point at which those homes are priced often leaves very little for the new purchaser moving up to do any reconfiguration or remodeling.

Matt Silver, CAR: There has definitely been a shift in mindset and lifestyle regarding the higher-end suburbs. Properties that are not getting as much activity on the market will either be pulled off for a while or they will be rehabbed and offered at a different price point to stoke interest.

Affordability is a growing problem in many parts of the country, Chicagoland included. How do you think this will affect your business in 2017?

Doug Carpenter, IR: Affordability will continue to be a challenge, particularly for first-time buyers or those who are just getting out from under recessionary impacts. But I do think as builders in particular see the opportunity to serve those buyers, there will be more affordable homes coming on the market.

That will take time, given such a critical shortage of housing. If federal lending policies change, which is possible, we may well see positive impacts on affordability. Efforts on the part of the new administration to reduce regulation on banks could play a supporting role for homeownership, as well.

Alan Lev, Belgravia: It depends on the definition of “affordable.” If we are talking about “affordable” as defined by the city, then I see a need for more, but not as great a need as espoused by the city. There are a number of projects that have been built to be affordable, but cannot get leased due to underwriting requirements. There is definitely a need for more below-affordable housing, but it requires public subsidy. For market-rate housing, costs have driven up rents and sales prices, pricing out many market-rate consumers. 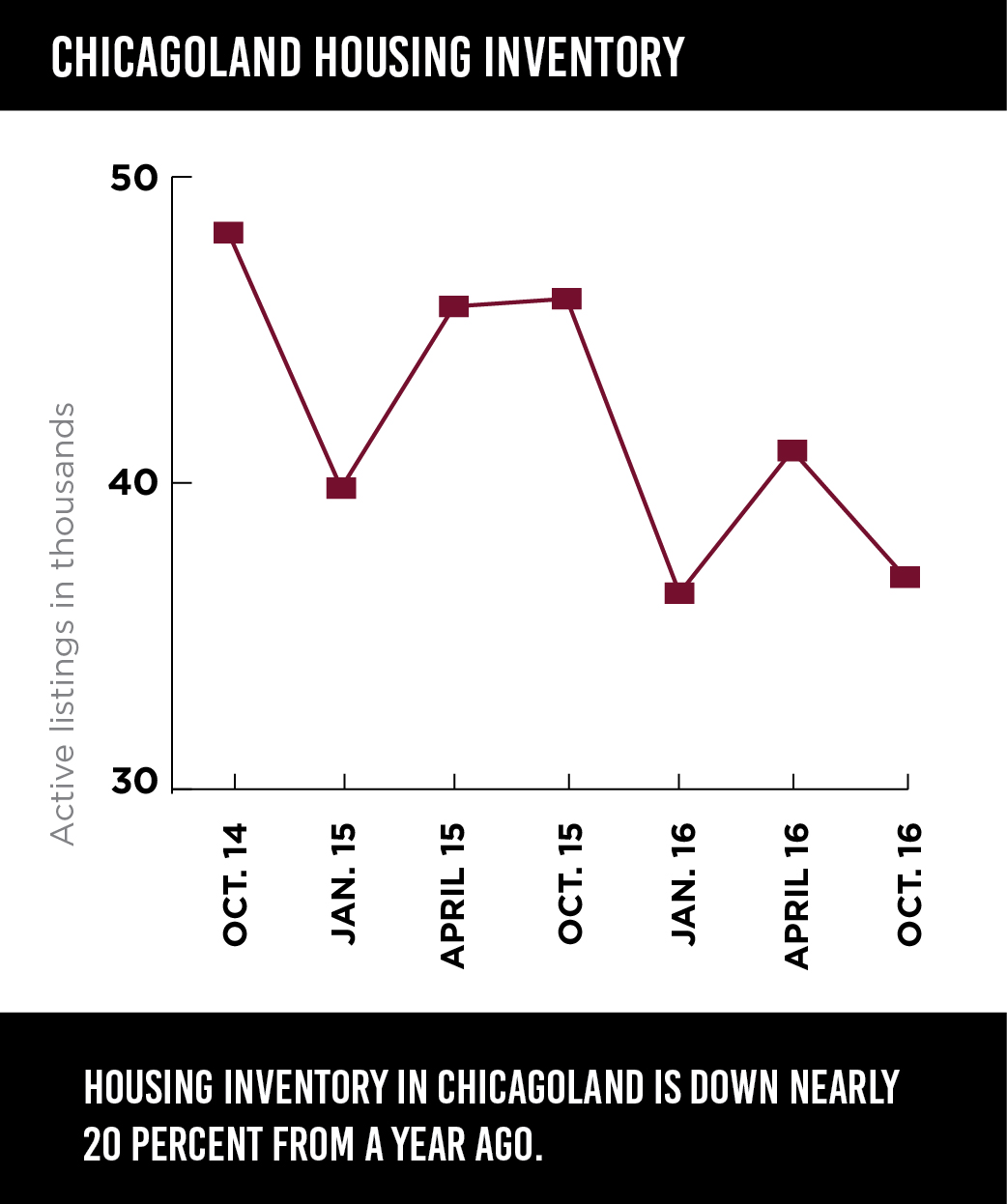