Strength in numbers: a closer look at NAR lobbying 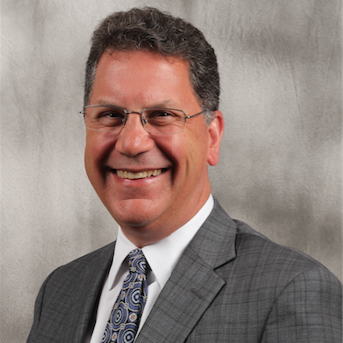 With more than 1.2 million members as of Aug. 2016, the National Association of Realtors (NAR) is the largest trade association in the U.S. Its strength is in its numbers, as its collective voice is heard by government at various levels. As such, NAR has a long history of actively working with politicians to pass legislation that will address housing concerns. NAR uses its government affairs division to lobby members of Congress and within the executive branch for legislation that favors the myriad interests of the industry. Those interests range from making it easier for consumers to obtain financing for their home purchase to flood insurance reform.

“There are 70 million-plus homeowners out there who care about homeownership,” says Jamie Gregory, NAR’s deputy chief lobbyist. “We’re here to create an environment in which it is easier to buy and sell property.”

According to NAR, about $22 out of each member’s annual dues is used by various lobbying, economics and research, and consumer communications divisions. So far in 2016, NAR has spent about $21.4 million on lobbying, according to the Center for Responsive Politics. Last year’s total topped $37.7 million.

That money is spent on efforts to pass legislation dealing not only with housing, but also issues relating to how homes are purchased and built, as well as where those homes are located. Bills related to finance, consumer product safety, the environment, transportation, taxes, land use, disaster and emergency planning, immigration, health issues and energy have all been pushed by the division.

In all, NAR has lobbied in support of 156 bills in this year alone. The bills include the Mortgage Choice Act of 2015, the Housing Opportunity Through Modernization Act, the Flood Insurance Market Parity and Modernization Act, and the Mortgage Debt Tax Forgiveness Act. Such sweeping legislation ultimately trickles down to affect local markets, as do bills that the division lobbies against. According to Illinois Realtors, the division halted legislation that would have limited retainage on commercial real estate projects, and a bill that would have imposed taxes on advertising.

There are three major issues that will come before Congress in the next few years, Gregory says, beginning with the reauthorization of the National Flood Insurance Program, which must happen by Sept. 30, 2017. The second is housing financing reform and what to do with Fannie Mae and Freddie Mac, which are still in conservatorship and which will have no reserve capital other than the U.S. Treasury by 2018 or 2019. The third issue is comprehensive tax reform and the question of how to bring in more revenue without harming homeowners.

“When you start talking about raising revenues instead of tax reform, you’re talking about the mortgage interest deductions, state and local property tax deductions, and the homeowner’s capital gains exemption,” Gregory says. “If all three of those are resolved without the voice of real estate, the price of homeownership is going to go up. ”When it comes to getting housing-friendly candidates elected, NAR turns to the Realtors Political Action Committee (RPAC), which is funded entirely through voluntary contributions by NAR members. Among the 44,000 NAR members in Illinois, 11,878 donated to RPAC.

The PAC’s diverse membership is reflected in its bipartisan nature, giving to both Democrats and Republicans. This year, RPAC has donated about $2.6 million to federal candidates. Of those funds, 39 percent have gone to Democrats and 61 percent to Republicans, according to the Center for Responsive Politics.

This year, RPAC has more than 100 “opportunity races,” in which the organization pursues a full-press campaign to inform agents that they have a candidate who will be good for the industry, Gregory says.