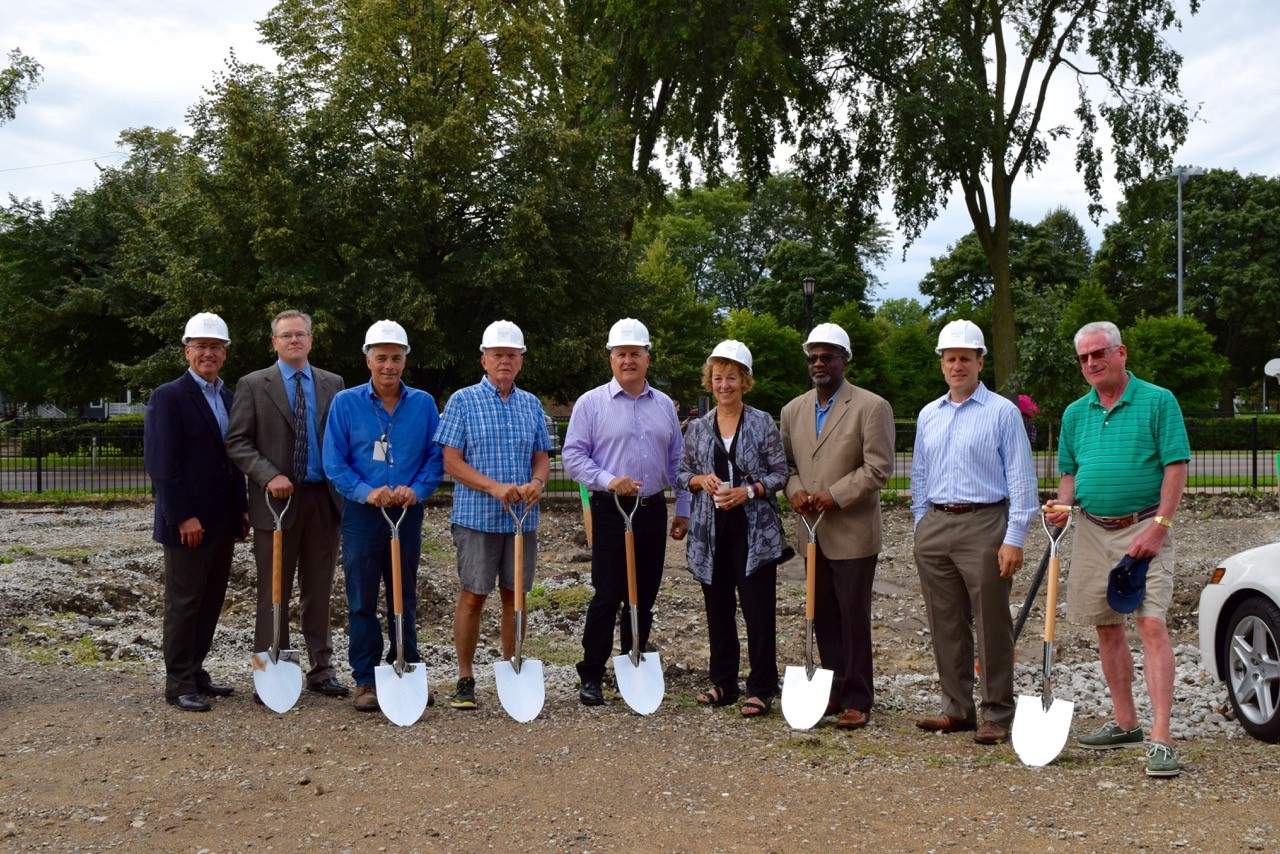 Kinzie Builders announced it has broken ground on a second phase at Church Street Village, a community of townhomes just west of downtown Evanston. The second phase will include eight townhomes, bringing the total number of residences at the community to 40. The ceremonial groundbreaking was attended by Evanston 2nd Ward Alderman Peter Braithwaite.

Located near the intersection of Church Street and Ashland Avenue, Church Street Village features three-story brick townhomes with two or three bedrooms, 2½ baths, and an attached two-car garage. Townhomes in this second phase measure 1,540 to 1,632 square feet (excluding garage space), and will be priced from $335,000 to 385,000 for a two- or three- bedroom townhome.