Cracking the code: the 10 secrets to maximizing client happiness 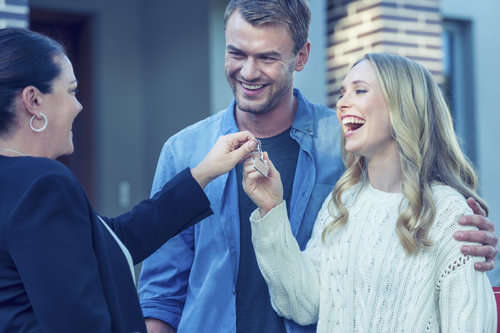 In one of his more famous speeches, Don Draper, the central character of the “Mad Men” television series, stated that advertising is based on one thing – happiness.

And though his focus was on the ad world, Draper could just as easily have been talking about real estate, as everything in the industry – from referrals, to repeat business, to final sales volumes – flows from the general happiness of an agent’s clients.

So it only makes sense that the latest survey from Redfin, which sampled more than 600 recent homebuyers on their post-purchase happiness, contains so many valuable nuggets of information for real estate agents.

Here are the survey’s most enticing bits:

2. Wide Open Spaces – Rural homebuyers were the most joyful client around, with 74 percent stating they were very happy with their home. That compared to 64 percent of suburban buyers and 56 percent of urban buyers.

3. Tim the Tool Man – Some homebuyers get their kicks in taking on a fixer upper, but Redfin’s survey suggests that for the majority of consumers, there is nothing glamorous about a money pit. Only 46 percent of buyers who had to do more-than-expected repairs were happy, contrasted with 77 percent who did fewer repairs. Such were consumers’ distaste for repairs that 64 percent would be willing to pay more for a move-in-ready home.

5. Poor, Poor Townhouses – Everyone seems to have it out for townhouses. Only 57 percent of buyers who purchased townhouses were happy, compared to 60 percent with condos and 64 percent with single-family homes; even more, among consumers who moved from townhouses, 67 percent were satisfied!

6. Size Doesn’t Matter – The cliche is that Americans want the biggest house they can afford, but Redfin found that location was a far more enticing quality for today’s buyers. When asked if they would opt for a larger home in an undesirable location or a smaller home in a desirable location, 53 percent had a moderate or strong preference for the smaller home, and only 8 percent preferred the larger home.

7. Commuting Life Away – Among the various regrets that recent buyers admitted to, the clear winner was not paying more attention to the resulting commute, with 25 percent of buyers regretting their ignorance of that key detail. To complement its findings, Redfin cited recent research that longer commutes are the most prominent contributor to lower levels of human happiness – even if that long commute results in much higher income.

8. Women Rule – There were two striking findings in Redfin’s survey that show differences between men and women in the buying process. Not only were women happier than men (67 percent were extremely happy with their purchase, compared with 57 percent of men), but moreover, among all 657 people Redfin sampled, the one who said her spouse “wasn’t engaged at all” in the buying process was the happiest one.

9. Can’t Buy Me Love – Middle-class homebuyers (those earning between $50,000 and $75,000) were the happiest, with 67 percent being pleased with their residence; higher- and lower-income buyers trailed at 61 and 55 percent, respectively.