These are Chicago’s 4 coolest neighborhoods 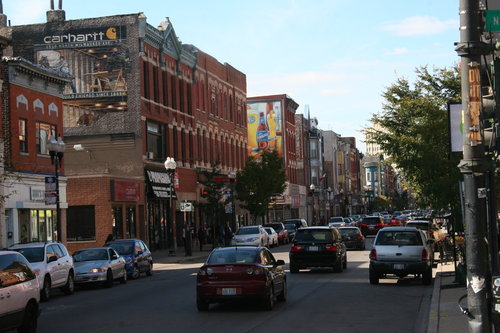 Where are the coolest neighborhoods in the U.S.? And are any of them located in Chicago?

Surveying hundreds of real estate professionals throughout the country, Cushman & Wakefield rated neighborhoods with several factors, including: the area’s Millennial population; its level of college education; its walkability; its diversity; and the food, music, and arts scene.

Most importantly, the survey also rated the neighborhoods on a scale of coolness – Wicker Park and and Bucktown/Damen Avenue are both “still cool, but going mainstream,” while Fulton District is “up and coming, the next big thing,” and Logan Square is in a state of “prime hipness.”

Here is a detailed chart on the survey’s rankings for Chicago’s neighborhoods; note that amenities are rated on a scale of one to four, with four being the highest.