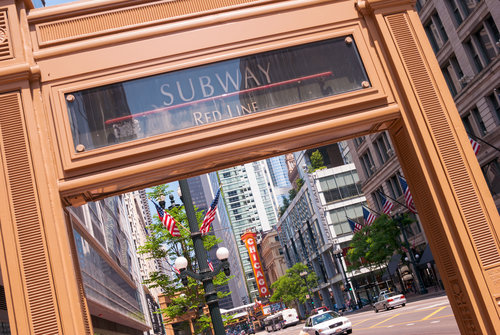 Chicago is among the most segregated cities in America, and a new Estately analysis has reinforced the wildly unequal home values that such segregation creates.

In its study, Estately assessed the price per square foot and median sales price of homes around the city’s L stations, and the results were startling:

Sins of Housing’s Past

It is no coincidence that Estately’s analysis perfectly corresponds with Chicago’s segregated ghettos; indeed, we extensively detailed the history behind those very areas – and the local, state, and federal housing policies that created them – in our cover story “A Black and White City.”

Whether it was restrictive racial covenants that forbid black homeowners from buying property in certain areas, and thereby forced them into increasingly crowded, neglected neighborhoods; FHA policies that prohibited banks and homebuilders from lending to black prospective homebuyers; opportunist real estate professionals who sold black homebuyers properties “on contract” at inflated prices and under overly-strict terms; slum lords who purchased apartment buildings on the cheap from fleeing white owners and refused any maintenance or renovation to the new tenants; or “urban renewal” policies that displaced hundreds of black residents – all those collective housing policies conspired to create Chicago’s present-day housing/economic disparities, as Dearborn REALTIST Board President Tracey Taylor explained in our cover story.

See below for Estately’s full top 10 rankings, and click here for an idea of how, as a result of racist housing policies, Chicago’s neighborhoods changed over the 20th century.