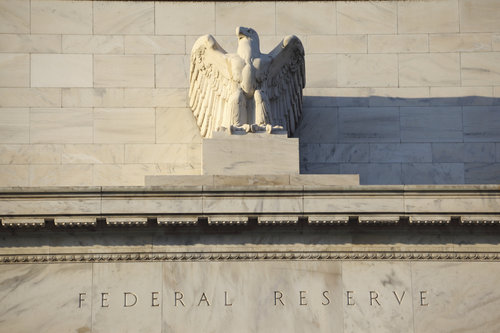 Citing weak economic activity in China and other global markets, the Federal Reserve announced at its September Federal Open Market Committee (FOMC) meeting that it would not be raising interest rates, a decision that surprised many economists and analysts.

That Sept. 17 meeting, though, was hardly the final word on interest rates in the U.S. economy, so with that in mind, here are the four big trends agents should be aware of before the next FOMC meeting on Oct. 27 and 28:

Despite the Fed’s September announcement, there is still a general consensus that the Fed will raise interest rates in the near future, maybe as soon as the next FOMC meeting. Fed Chair Janet Yellen has been hinting for months that the time is right for the Fed to step back on its zero-interest-rate policy, and indeed, the federal funds rate (the main tool in the Fed’s arsenal to influence nationwide interest rates) has hovered between 0 and 0.25 percent since Dec. 2008.

At the same time, others have argued that in passing on a rate hike in September, the Fed may have missed an excellent opportunity to do so. For instance, Hank Smith, the chief investment officer of The Haverford Trust Company, argued on 24/7 Wall St. that the global concerns that shelved the Fed’s rate hike will not improve this year, all but ruling out a 2015 rate increase – and with 2016 an election year (historically, the Fed has not raised rates during an election), Smith does not expect a rate hike until 2017.

2.  The Market Can Handle It

The main driver behind the statements made by Yellen and other pro-hike voices has been a strengthening economy. Though wage growth remains weak, employers have added an average of 211,000 jobs per month in 2015, and the nation’s unemployment rate of 5.1 percent is at its lowest level since April 2008. The economy, the argument goes, is now finally strong enough to handle higher interest rates, China and other global markets notwithstanding. Specific research on housing has also found that real estate is well poised for a rate hike.

For instance, Mark Fleming, the chief economist at First American Financial Corporation, has written that were rates on 30-year FRMs to increase by 0.25 percentage points, home price appreciation would slow by only 1 percent, while existing-home sales would slow by only 2.5 percent. So in other words, 2015 would not be a repeat of the summer of 2013, when market uncertainty drove interest rates from 3.3 to 4.5 percent and effectively halted the summer homebuying season.

3.  Consumers Do Not Care

Perhaps the most striking feature of the current interest rate debate is that it does not seem to register with ordinary, everyday consumers. A recent survey from Redfin found that only 5 percent of homebuyers considered rising interest rates a concern, compared with 27 percent who worried about housing affordability and 17 percent who feared competition from other buyers.

That survey mirrors similar research from Trulia, which found rising  mortgage rates to be the No. 3 concern for homebuyers; not getting a mortgage and not finding the right home were both bigger concerns.

Regardless of what the Fed does with the federal funds rate, interest rates have been rising in 2015, and not only in housing. The average rate for a 30-yr FRM, according to Freddie Mac’s Primary Mortgage Market Survey, has risen from 3.73 to 3.91 percent. But as Brett Arends of MarketWatch recently pointed out, since April, the rates that corporations pay for new bonds have risen by a third, while the interest rate on 10-year Treasury bonds has jumped by a fifth. “Anyone who tells you that interest-rate increases have been put off for a couple more months is talking out of his hat,” Arends wrote.