Homeowners are benefiting from rising home prices that improve equity, but that doesn’t mean negative equity still isn’t a problem. 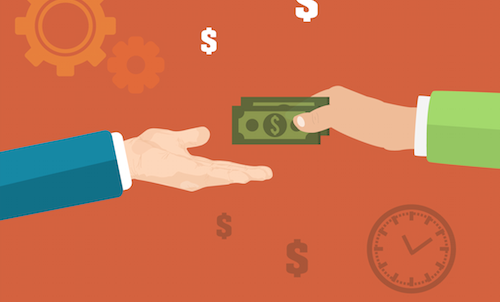 In Chicago, negative equity followed the national suit, rising from Q3 2014 but dropping significantly year-over-year. As of late December, 18.5 percent, or 253,224, of all mortgaged, residential properties (well above the national average) were in negative equity, marking a nearly 3-percentage point drop from a year prior; the result of improving home prices and a normalizing market.

On the horizon, 3.5 percent of Chicagoland residential mortgage holders were in near-negative equity, compared to 3.8 percent in Q4 2013.

Nationally, it was clear by late December the year-over-year gains to home equity were substantial, as approximately 89 percent, or 44.5 million, of all mortgaged properties had equity. Measuring quarter-to-quarter movement, equity stumbled, with 172,000 homes slipping into negative equity – not a surprising discovery, considering seasonal shifts in demand. However, from a year prior, borrower equity increased a substantial $656 billion in Q4 2014.

One of the more telling reveals of CoreLogic’s report was the disproportionate amount of equity held in higher-end homes. According to the report, 94 percent of homes valued at greater than $200,000 have equity, compared to only 84 percent of homes below the $200,000 threshold. The distribution of equity along home price lines is indicative of a larger trending towards higher end homes that we’ve seen in the market as of late, especially in terms of building, as we recently reported.

Furthermore, the report went on to detail the state of the national market, finding:

The swell of home prices in 2013 and again in 2014 helped balloon a number of homeowners into equity. CoreLogic Chief Economist Frank Nothaft noted that despite a seasonal slump, which was expected, a year-over-year increase to the group’s Home Price Index was a promising sign.

“Our CoreLogic HPI dipped 0.7 percent from September to December, and the percent of owners ‘underwater’ increased to 10.8 percent,” he said. “However, from December-to-December, the CoreLogic index was up 4.8 percent, and the negative equity share fell by 2.6 percentage points.”

Prices have been so strong, in fact, that were they to rise another 5 percent, 1 million homeowners currently in negative equity would regain equity.

Anand Nallathambi, president and CEO of CoreLogic, was somber in his statement accompanying the report, saying that negative equity “continued to be a serious issue” for both the housing market and U.S. economy, but added hope in the form of optimism.

“We expect the situation to improve over the course of 2015,” he said.