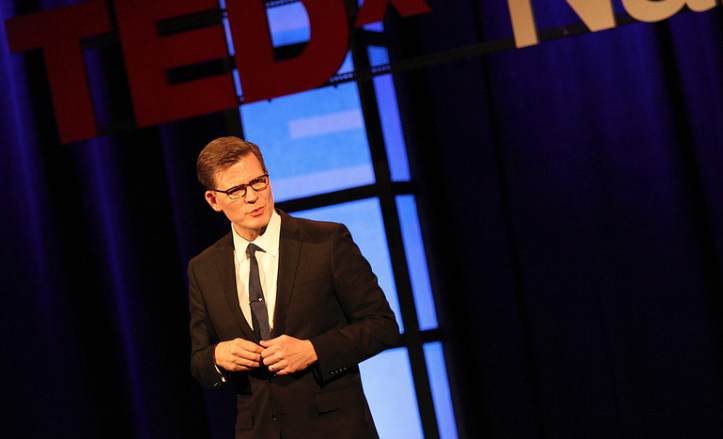 In the wake of the recession, when home prices were just starting their long ascent to normalcy, Gunnar Branson, CEO of the National Association of Real Estate Investment Managers and, at the time, principal at Branson Powers, Inc., gave a presentation at a locally hosted TEDx event, entitled “Moore’s Law of Real Estate.” Brandon’s talk postulates the future of real estate and how shrinking floor plans don’t necessarily mean diminished quality. In a sense, Branson demonstrates how Moore’s Law, which traditionally applies to the growth of computing power, can also help us understand the trajectory of modern real estate.

In five points, here is what Branson had to say:

1. Realtors Sell Square Footage – When CD sales were at their peak, very few people expected Apple to introduce the iPod and, within only a few short years, corner the bulk of market. If CDs were so popular and everyone already owned them, why go digital? The short answer is that people were buying music, not CDs, and it’s the same in real estate. When people buy a home, what they’re really buying is space to live.

2. Space Depletion – When the U.S. made the near unanimous, collective shift from CDs to digital music, we not only streamlined the way we listen to music, but also how we store it. Without CDs, people no longer have a use for CD racks, which means they’ve shored up that much more space in their homes. Now consider the advancements we’ve had with digitizing books and information. People tend to use a third of their space to store their belongings, and those belongings are shrinking, which effectively means we need less space to live.

3. Lobby Living – To supplement lost space (this is particularly true with multifamily housing), developers are including more common spaces for people to congregate and socialize. Our enhancements in technology are helping to connect people who would have otherwise remained segmented, which is increasing our need to be social.

4. Commercial Reduction – As with our living spaces, companies are also reducing office sizes because of how we’re learning to streamline information storage. Remember filing cabinets? If you do, don’t worry – you’ll forget them in another five years.

5. Maximizing Value – Just because we’re living in smaller spaces doesn’t mean housing is going to get cheaper. Instead, developers are choosing to take that extra money and put it back into the property. Each square foot is being maximized to reach more of its potential. So while the amount of space a person needs has declined, the value of each square foot has increased, keeping prices level.