Foreign homebuyers made up nearly $70 billion in sales in 2012-2013, and they revealed distinctive patterns during that time frame that agents should know. 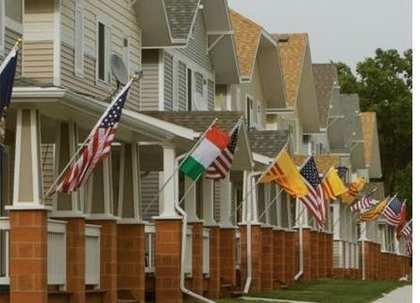 We reported earlier this week that, though constrained by weak international economics and exchange rates, foreign homebuyers still accounted for nearly $70 billion in home sales from March 2012 to March 2013, the second highest level ever tracked by the National Association of Realtors.

However, NAR’s report went far deeper than the mere numbers behind international real estate, so for our second story on foreign homebuyers, we’re looking at the five most important details NAR uncovered about homebuyers from afar:

1. They love the Internet – Referral methods for foreign homebuyers revealed an emphasis on the Internet and online listings, with 23 percent of buyers finding their agents through the Web; only past clients/contacts generated more referrals, at 26 percent.

2. They are investment-minded – More than half of foreign homebuyers (53 percent, to be exact) cited the investment opportunities of the U.S. as an important factor in their homebuying decision, with 22 percent seeing U.S. property as secure investment and 31 percent seeing it as a profitable one.

4. They love detached real estate – Foreign homebuyers opted for single-family detached homes by a wide margin, with 64 percent of them buying such homes (just 21 percent bought condos and 9 percent townhouses/row homes). Also, those detached homes are predominantly in the suburbs, with 50 percent of foreign purchases taking place in suburbia.

5. They’ll use their purchases in primary ways – Though foreign homebuyers did cite investment as their main reason for buying in the U.S., many of them still intend on using their home as a primary residence, with 42 percent of buyers citing that reason; by comparison, just 20 percent plan on using their home as a vacation property, and just 17 percent as a rental property. Also, 41 percent of foreign homebuyers plan on spending six months or more in their U.S. home.

Next week, look for our final story on foreign homebuyers, where we’ll look at the specific buying patterns of consumers from Canada, China, Mexico, India and the United Kingdom, the countries that make up the majority of foreign purchases.