Rookie of the Year – City 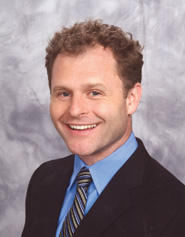 Hunter Andre lived in several states before ending up in Illinois. Having moved to Chicago 17 years ago, Andre is happy to call himself a Chicagoan. Before entering into the real estate industry, he studied acting and worked in the theatre. After two years at the Theatre School at DePaul University, he transferred within DePaul to the College of Communication. After graduation, he spent the next decade working as an award-winning writer, producer and director of video and film, working for such companies as AT&T Media Services and Comcast Spotlight. A little over a year ago, he decided he was ready for another change, and recognized a passion he’s always had for the real estate market. He signed on with Coldwell Banker and has been proud to be a part of their team since April of 2009. Currently living in Bucktown, Andre is happily engaged and planning a wedding for next fall.

“ Winning this award means a great deal to me! It’s always a great feeling to be recognized and honored by your peers. This award certainly helps validate my decision to get involved in real estate, and it is an awesome calling card!”