NAHB: Residential construction spending rises in May thanks to single-family sector 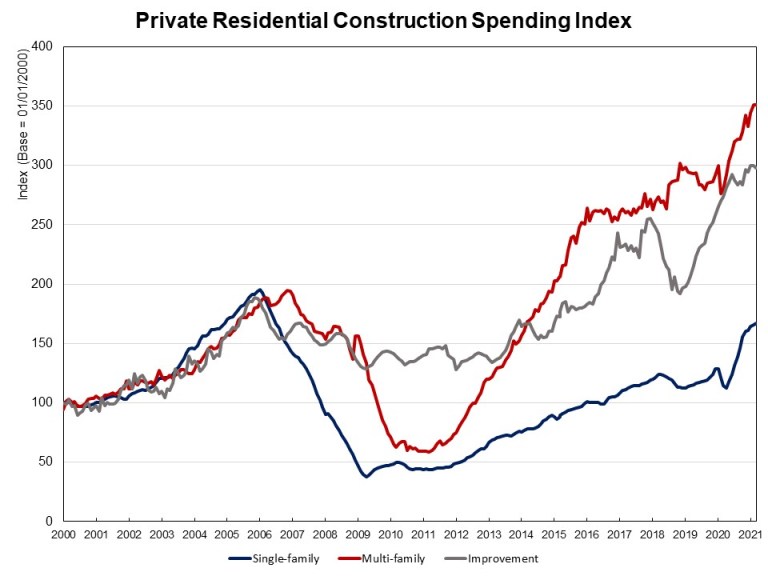 Courtesy of the National Association of Home Builders.

Year over year, total private residential construction spending was up 28.7%, the NAHB said in a news release.

The association attributed the monthly gains to the strong growth of single-family construction spending, which rose to a $402.3 billion annual rate in May, up 0.8% over April and 46.1% on a year-over-year basis.

Multifamily construction spending was flat month over month at a $99.3 billion annual pace and up 25.6% compared to a year ago. Spending on improvements declined 0.6% in May after staying flat in April.

Private nonresidential construction spending declined 1.1% on a monthly basis to a seasonally adjusted annual rate of $451.6 billion in May. Year over year, it was down 5.8%.

The NAHB said the largest contribution to the month-over-month decrease was made by declines in the manufacturing sector ($2.0 billion), followed by power ($1.7 billion) and lodging ($700 million). 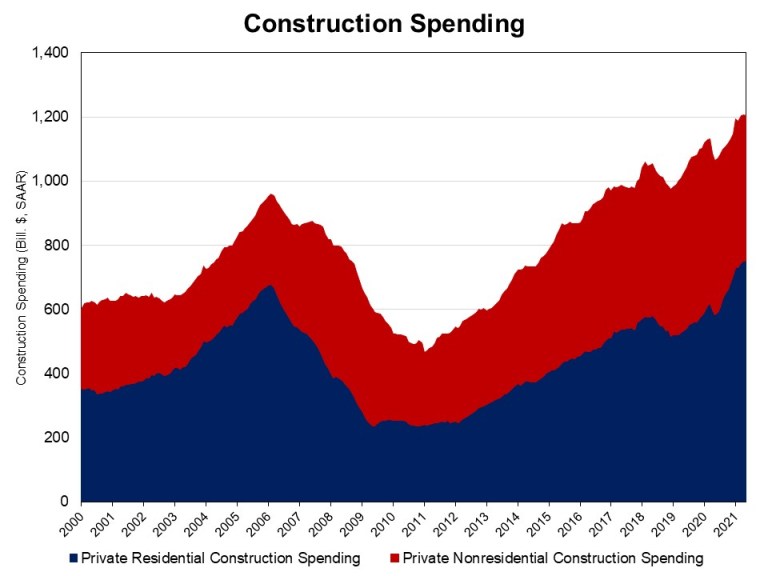 Courtesy of the National Association of Home Builders. 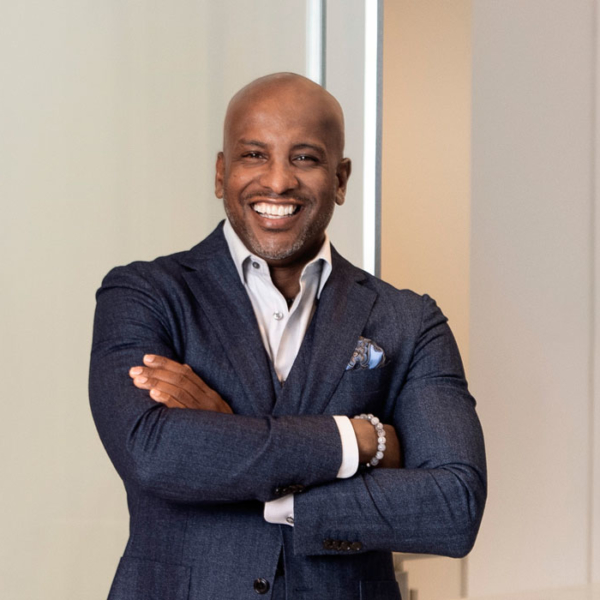