While no one solution will likely be found, some see accessory dwelling units as a potential tool. Not only can these additional living spaces increase density in a gentle way that is often more appealing to existing residents, ADUs can also be a boon for property owners who can better monetize their investments.

While current zoning rules stand in the way of expanding ADUs, representatives in the Chicago City Council plan to introduce an ordinance soon to change that. Here’s a look at the initiative and how it might affect your business.

There are many different places ADUs can come from — basements, attics, garages, coach houses and even vacant storefronts. But the single-family zoning districts that stretch across much of the city make ADUs difficult or even impossible to create or maintain. That’s according to a report released by the Urban Land Institute Chicago earlier this month.

For example, while the city does have a fair amount of coach houses, they’re hard to integrate into the traditional real estate framework in the city. Molly Ekerdt, vice president of the Chicago office of nonprofit developer Preservation of Affordable Housing, noted during ULI Chicago’s webinar about the report that property owners have not been allowed to build new coach houses in Chicago since 1950, and they also cannot expand, renovate or rent them out if they’ve been vacant for more than one year.

“It’s a big problem for our city,” she said, noting that ADUs offer a variety of benefits, including providing “financial stability for a homeowner” and “income and age diversity throughout the city.”

Ald. Harry Osterman (48th) said during the webinar that he hopes to get an ordinance passed to remove many of these barriers before August. Some of the specific changes that ULI Chicago recommended in its report are regulatory, such as lowering minimum ceiling heights from 7’6’’ to 7’ and decreasing setback requirements to 3 feet on one side.

The group wants to ensure property owners don’t have to get a special-use permit to make changes, and instead to allow work to occur under an “as of right” basis. ULI Chicago warned against restrictions on adding ADUs into new-construction plans, as well as sprinkler requirements and new short-term rental rules. Other worries include possible requirements for additional off-street parking or rules mandating that owners live on-site.

But also, the organization called on officials to look at ways to incentivize the creation of more ADUs through subsidized consultations and technical guidance; freezing property tax increases; and special financing such as grants, bridge loans, investor-owner equity sharing deals and new land-lease options. “You can’t just pass an ordinance. You have to provide the knowledge,” said Todd Berlinghof, partner at Itasca-based developer Hamilton Partners Inc.

Expanding ADUs can benefit the commercial real estate community, too. Ald. Matt Martin noted that his 47th Ward has seen a lot of rental deconversions and large-scale teardowns of two- and four-flat buildings, which results in fewer people living in neighborhoods. “We also need that density to support our retail corridors,” he said.

But density is a loaded word for some. Though 44th Ward Ald. Tom Tunney supports the move to encourage more ADUs, he expects some resistance from his constituents. He predicted that those who support the eventual ordinance will have their work cut out for them when it comes to selling the plan citywide: “There’s going to be a learning curve when it comes to the City Council.”

Chicago Department of Buildings Commissioner Judy Frydland noted that, with recent changes to the rehab rules in Chicago, the building code is ready to adapt to the changes that are needed. However, she also said her office will be watching closely to make sure the relaxed regulations don’t result in an increase in unsafe or unattractive units. While she said she has been impressed by “the civic mindedness of the real estate community” throughout the process of updating the building code, she also added that “there’s going to be some people who might not have the best intentions.”

Finally, there’s the inevitable battle against unintended consequences. Deputy Commissioner of the Chicago Department of Planning & Development Bryan Esenberg noted that, while he believes it is important to “legalize what is already happening in the city” in terms of people living in and renting out ADUs, special care must be taken to avoid harming those occupying units that don’t meet the new standards. “We don’t want to displace these residents as we make these changes.”

How COVID-19 raises the stakes

Several times during the webinar, participants noted that the novel coronavirus outbreak has altered the discussion around ADUs. For one thing, the lockdown has made clear the value of increasing the number of units in Chicago overall. “This really underscores to me, to all of us, the importance of access to safe and stable housing for all of us,” said Cindy McSherry, executive director of ULI Chicago.

Osterman agreed. “We’re in very challenging times right now, and housing is going to play a critical part in where we go as a city,” he said. “Adding ADUs as a tool … is going to be critical as we move forward.”

More specifically, having separate units close by can help families who have to practice social distancing but still want to be physically near each other. “Having more of these kinds of options,” said Chicago Housing Commissioner Marisa Novara, “would allow for people to actually weather this kind of storm better.” 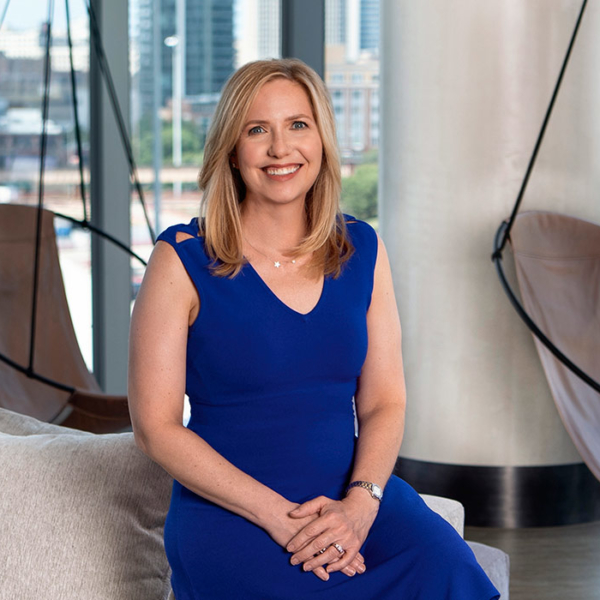