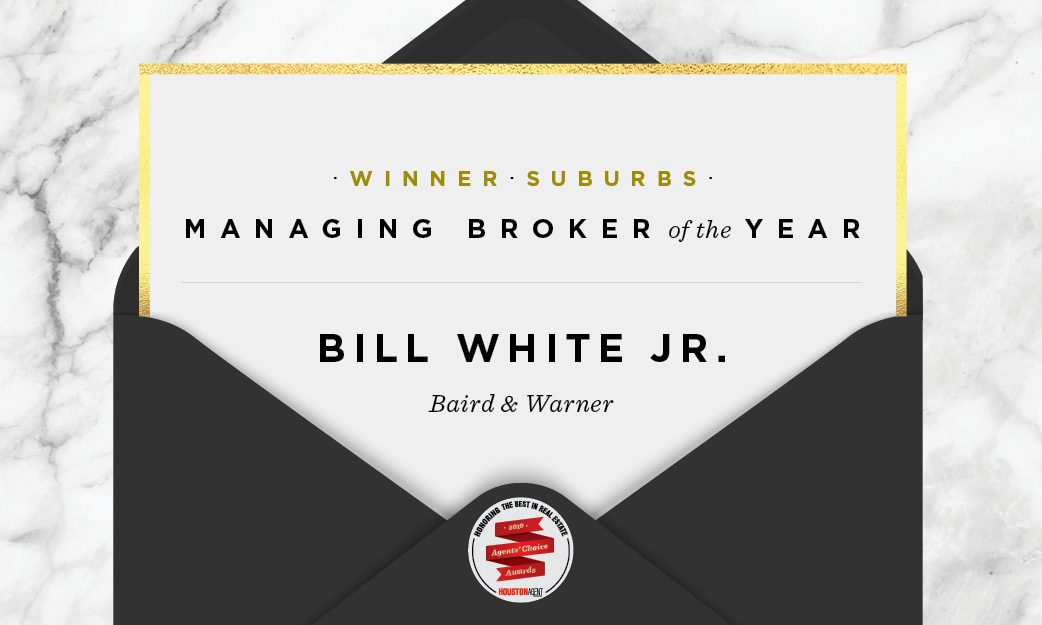 It only took him a couple of years to rise from new Baird & Warner recruit to managing broker, and now Bill White has spent nearly a third of his 15-year career in real estate leading the company’s Glen Ellyn office.

Under his leadership, the west suburban outpost has seen some of its best years. The Glen Ellyn office has enjoyed a double-digit increase in sales volume in each of the last two years and consistently outperforms the local market in closed units. According to Chicago Agent magazine’s Real Data feature, the Glen Ellyn office ranked among the top 10 in closed volume in the annual reports for DuPage County both in 2018 and 2017, and made it onto the top 10 list in the first three quarters of 2019.

White said being named managing broker of the year represented a great milestone in his career, but that it’s a team effort. “To be named Managing Broker of the Year is a true honor and it is only possible due to the support of my company and its agents, including — and especially — my own wonderful Glen Ellyn agents and staff, my peers in the real estate community, and my friends and family,” he said. “Thank you to those who took the time to vote. It is truly an honor to represent both Baird & Warner and the Glen Ellyn office.”