Winners and losers of the Tax Cuts and Jobs Act

A new report by John Burns Real Estate Consulting attempts to quantify and forecast the real estate impact of 2017’s Tax Cuts and Jobs Act and takes stock of some measurable aspects of the law’s effects about a year and a half after its enactment.

The researchers who wrote the report calculated the law’s impact for a typical two-person married household filing jointly in 32 major metropolitan areas and found that in 2018, the law was responsible for an average savings of $1,508 in tax savings across those markets.

In the Chicago metro area, that savings penciled out to $1,764 in 2018. Nashville offered homeowners the most tax savings of any major city, at $2,335 on average.

Before the new tax law’s passage, experts had predicted that it would disproportionately benefit those in Republican-leaning states in the South and Midwest. The John Burns researchers’ conclusions largely support this prediction, with the top six metros for tax savings in states that went for Trump in 2016. Still, a few large metros within blue states, such as Boston and Seattle, joined Chicagoland in being Democratic-leaning areas where homeowners enjoyed a lightened tax burden.

Meanwhile, homeowners in the San Francisco Bay Area fared poorly. Those who purchased homes in 2018 paid an average of $899 more in San Jose and $1,409 more in San Francisco than they would have if they’d bought before the law’s implementation. The newly-imposed cap of $24,000 on the state and local tax and mortgage interest deductions is cited as the direct reason for the spike in these homeowners’ tax bills.

In every other metro included in the study, households that fit the researchers’ criteria saved money on taxes after the implementation of the new tax law. 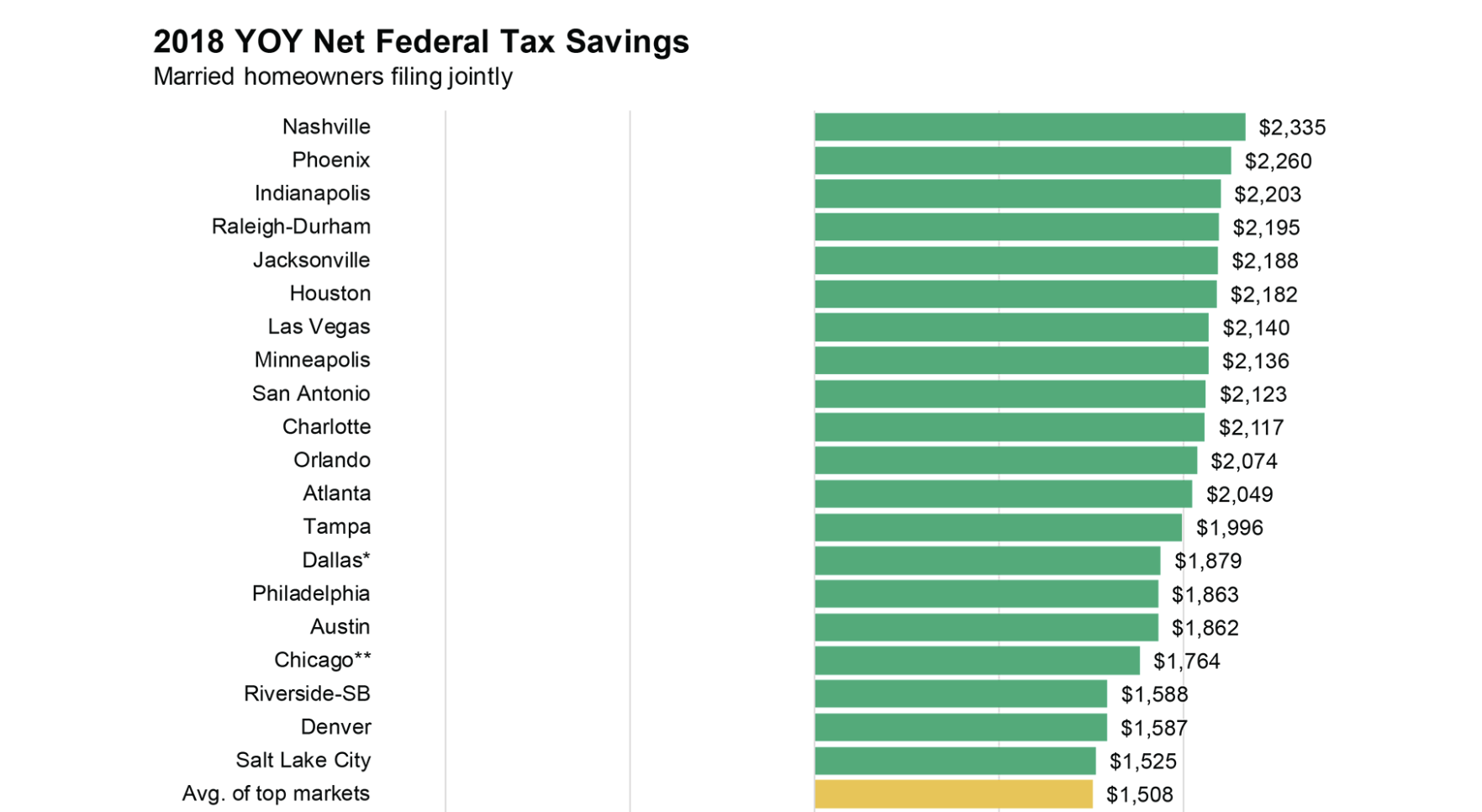