Over a third of recent buyers, renters experience 'neighborhood regret' 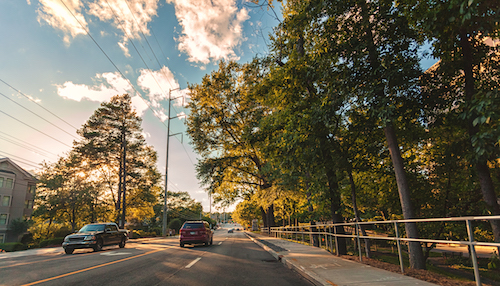 Figuring out what new home to purchase includes more than just the house itself. Buyers also look at a number of other factors, including the neighborhood that the house is located in. However, sometimes compromises need to be made leading to “neighborhood regret.”
According to a new study from Trulia, which recently launched its Trulia Neighborhoods feature, over a third of Americans would have moved to a different neighborhood than the one they ended up in. Nearly half of city residents (46 percent) would have chosen a different neighborhood, while rural and suburban residents were less likely to have regret, with only 31 percent and 30 percent, respectively, wanting to switch neighborhoods.
Some of the main reasons cited that residents end up disappointed in their new neighborhood include the lack of social activity, street noise, frequent traffic and the lack of public transportation.
Additionally, most home buyers and renters did not do research on a neighborhood before moving in. The survey found that 38 percent of recent buyers and renters looked for photos of different areas of the neighborhood and 37 percent visited local spots.
One of the main influences on homebuyers and renters is the vibe or lifestyle of the area around a home. Almost half believe that the vibe or feeling of a neighborhood had a significant influence on their decision to move there (48 percent), followed by commute time (37 percent) and crime rates.
However, most residents also did not research information related to these features. Nearly three-fourths of homebuyers and renters did not look into police reports before moving into their home (74 percent) and nearly half did not visit the neighborhood at night (47 percent). In fact, 54 percent consulted with two sources or fewer about their current neighborhood.