Chicagoland new construction in 2017: a checkup 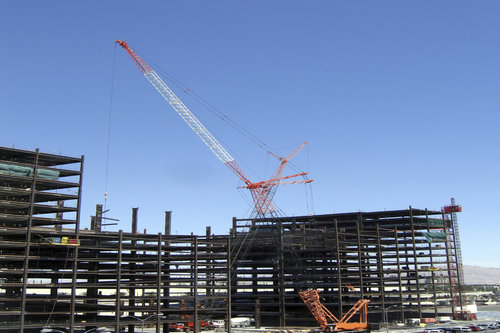 What does the Chicagoland new construction market look like in the context of national numbers? Here’s a brief status report, with figures from the National Association of Home Builders and the U.S. Census Bureau.

Builder sentiment on the demand of newly built single-family homes is strong, as builder confidence on a national scale has increased to 71 points in March, up 13 points in a year-over-year analysis, according to the National Association of Home Builders (NAHB)/Wells Fargo’s Housing Market Index (HMI).

Present single-family home sales is at 78 (up from 65), while sales projections in the next six months is also at 78 on the index, up 17 points from March 2016. Traffic of prospective buyers has remained steady since the start of 2017, currently at 54 points, up eight points from February, and up 11 points year-over-year.

Privately owned housing starts in February were at a seasonally adjusted annual rate of 1.28 million, according to a report by the U.S. Census Bureau and the U.S. Department of Housing and Urban Development.

This figure denotes a 3 percent increase over the revised January 2017 estimate of 1.25 million, and is a 6.2 percent year-over-year increase over February 2016 at 1.21 million. Single-family housing starts in February were at a rate of 872,000, a 6.5 percent jump from the revised January figure of 819,000. Additionally, housing starts for units in buildings with five units or more in February was at 396,000, according to the report.

With these national figures in mind, how do they compare to the state of new construction in the Chicagoland area? A total of 1,632 privately owned housing units were authorized in February, in Chicago proper, Naperville and Elgin, Ill., and in surrounding cities in Indiana and Wisconsin, according to the Census Bureau.

This figure denotes an increase of roughly 37.6 percent in permits for new construction of privately owned homes in the Chicagoland area, compared to February 2016, when a total of 1,017 units were authorized, according to the U.S. Census Bureau.