The 4 ways consumers shop for homes in today’s market 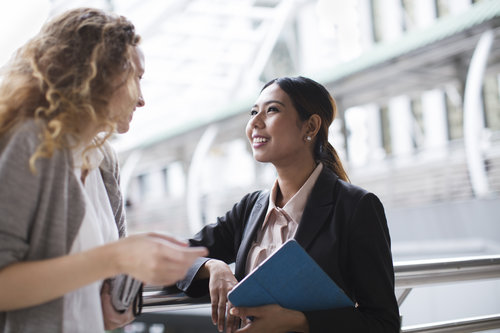 It’s no secret that the Internet has revolutionized real estate, bringing a new level of access and breadth to an industry long defined by its exclusivity.

What’s less known, though, is how consumers are interacting with that revolution, and how they balance the access of the Internet to the expertise of agents. Below, we’ve detailed four fascinating insights into the home shopping process, courtesy of the new Consumer Housing Trends Report from Zillow.

1. The Internet Conquers All – When it comes to the top resources that consumers use to search, shop or purchase, there is no question that online resources come out on top. According to Zillow’s report, 87 percent of consumers consider the Internet their top source, with agents (75 percent), yard signs (64 percent) and friends/relatives/neighbors (51 percent) following behind.

2. Generational Uniformity – Consumers access online resources through a number of different devices (77 percent use desktops/laptops, 56 percent use phone browsers and 48 percent use apps), but there is shocking uniformity across the generations.

Ninety-one percent of Millennials and 90 percent of Gen Xers use one of the aforementioned devices, as do 84 percent of Boomers and 71 percent of the Silent Generation – so yes, nearly three quarters of consumers aged 65 to 75 are wired in to online resources.

3. The Young and the Connected – Millennials may be the most technological of the generations, but in an interesting twist, they are also the most likely to rely on personal networks. Fifty-eight percent turn to friends, neighbors and relatives for guidance on their home search, more than Gen X (52 percent), Boomers (42 percent) and the Silent Generation (37 percent).

4. Who Needs an Agent? – The wires have long been filled with stories questioning the future of real estate agents in today’s technological world, and though Zillow’s report reaffirmed the relevance of agents, it also uncovered a decided split among generations and ethnic groups.

For Boomers and the Silent Generation, agents remain a part of the buying process, with 83 and 81 percent, respectively, working with agents, contrasted with 74 percent of Gen Xers and 70 percent of Millennials.

Meanwhile, the differences were similarly pronounced among ethnic groups. Asian/Pacific Islander buyers were most likely to hire agents at 82 percent, with Caucasians (76 percent), Latinos/Hispanics (71 percent) and African Americans (68 percent) all trailing.