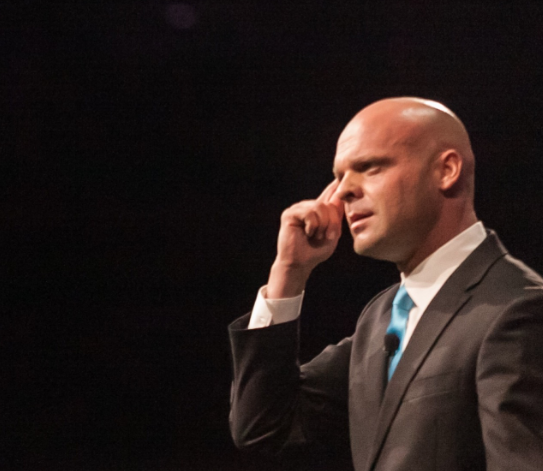 Chicago Agent (CA): What’s the difference between working with an ultra-high net worth, A-list client and a more typical luxury client?

Tony Giordano (TG): You know, there are actually a lot of different factors and aspects to ultra-high net worth clients. They think differently. They can be exceedingly private people, but then they also can be very outgoing. One of the things that I’ve noticed, as a speaker and trainer – and that’s what I’ve done for years now, teaching agents how to break into the luxury market and further teaching agents who are already in the luxury market how to master it or even go to a whole other level of luxury and high net-worth people – is A-list clients don’t really care if the estate they’re buying for $25.5 million is only worth $25 million. They’re buying the house because they want it, not because they’re getting a deal or it went up 200k in value in a year. The higher the price these homes sell for, you have to understand, there’s usually no “comps’ per say. Most of the time, they just want it!

That’s a big difference, I would say, between the “lower end” of luxury, if there is such a thing, and the higher end; the “lower-end luxury” clients usually like to talk about it. They really like to show it. They want people to see, “Look, I’ve bought a $3 million house,” and “Look, I’ve arrived.” The same people who usually brag about their home like that are also the ones whose first car is a Ferrari, and the first watch they buy is a Rolex, because everyone knows those brands and that’s that. But my super high-end clients will be wearing a watch that is 80 times the price of a Rolex, but most people have never even heard of the brand. They’ll drive cars like Aston Martins or McLarens – cars that a lot of people aren’t familiar with price wise. So I would say that the difference is the lower-end luxury is often very outspoken about it. Whereas the super wealthy are more private people, and only their closest sphere get to see the indulgent side of them.

CA: You mentioned privacy a couple times. I’m assuming anonymity is probably a big concern for some of these buyers and sellers. How important is discretion in your sales?

TG: I always ask them permission before I mention the sale. I would say in my 16 years the response has always been about fifty fifty. I’ve represented very private people, who aren’t necessarily famous – like Fortune CEO’s, executives, or we simply don’t know what they do for a living, etc.; they’re more private. They just don’t want their names mentioned, but they don’t care about us saying that the property closed, and that it was a lovely couple and we really enjoyed meeting them. We can do that as long as we’re not showing the exact address or anything like that – even though it was public record to begin with. But they want to stay private, and that’s fine. The more famous clients I’ve worked with, they’re usually all for mentioning them or tagging them on Twitter. They’re okay with it because they’re always in the spotlight anyways.

I will say though that celebrities or athletes that aren’t super big time yet, but they’re on their way, don’t want it to be talked about because they want people to think that they’re making more money than what that particular house would’ve cost. They don’t say that, but when they come back in four years and now they’re buying a $15 million house, the answer more often than not is, “Oh yeah, go ahead and tag me now.”

CA: For agents who aren’t involved with that higher end of luxury, who are sort of milling around the lower end, as you defined it, how do you get your foot in the door to start working with those ultra-high net worth clients?

So an example would be a lot of these people are involved in charity events and organizations where they can give back; and they give back a lot. If you’re not one that gives back, even at a lower level, you’re never going to have the opportunity to rub elbows with these people. So you can work really hard wiggling your way into those spheres, taking opportunities that come your way, if you happen to know people, and eventually you might score a client. Then by chance, let’s say that somebody refers you a baseball player just coming out of AAA, and he’s supposed to be a really good baseball player, but he’s young and not yet established signing a two-year or three-year contract for $5 million and he wants to show his worth. So you represent him on a condo. Well, do you stop there? Or do you really work that contact? Do you really go deep into that person’s sphere, staying in touch with them, willing to spend money and cater to them and take them out because then the next time they go to dinner they have three people with them, and, oh, they are all athletes as well. Since you’ve now stayed in touch, and you’ve stayed in that sphere, now the baseball players are sitting in the dugout talking to each other and one might say, “Oh, you got to call my real estate guy.” Before you know it, you’re dealing with the financial manager of the guy on the team who is a $25 million player, which then turns into the guys who are getting the $50-million and $75-million contracts, who also before you know it, start introducing you to a famous musician or actor, which turns into another transaction and so on and so forth.

Of course, then there are platforms like Twitter – which is what I teach and wrote the book “The Social Agent” on – that can be a powerful network if you know how to use it correctly. So, for an example, if I was introduced to another musician from a different musician, and I didn’t have their contact information but I know we had a fun night and more than likely this person is going to remember that, well, now there’s no reason that I can’t find that person online, mention them on Twitter, maybe a couple days later saying, “Hey, it was great meeting with you” and blah blah blah… and now all of a sudden that person follows me back. Which then leads to sending them a direct message offline saying, “Hey, shoot me a text. Here’s my number. Wanted to send you a link about something we talked about the other night.” So, boom, you’ve got that contact’s information. Now you start working that. So I think it’s either hard work or it’s by chance, but even by chance, turns into hard work.

Ultimately it’s about being able to adopt the air of sophistication ultra-high net worth clients are accustomed to. You have to learn to talk their talk – the language they use; the news they watch. All these people watch CNBC. They watch their money all week long. They understand what’s going on in the super high-end housing market. They’re savvy people. I think it also comes down to understanding and learning that lifestyle. It’s about reading magazines like Robb Report and understanding what uber luxury is and knowing brand names and logos and the things to look out for when you’re mingling within their spheres.

Tony Giordano is president of www.TheOpulentAgency.com at KW and founder of Giordano Industries at www.Giordano.Global. An 18-year industry veteran, including eight years as a loan officer, Giordano specializes in handling ultra-high net worth clients; and his experience and success has launch him into the industry’s spotlight as both a public speaker and author of the book “The Social Agent: The New Era of Social Networking.”