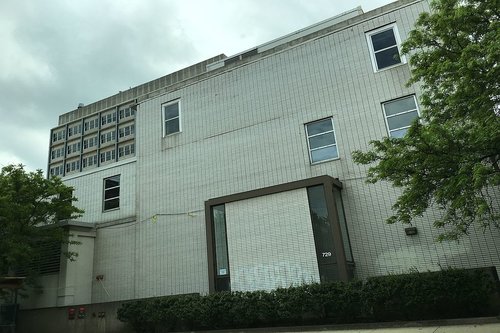 The shuttered Children’s Memorial Hospital site in May 2016

Demolition of two buildings on the old Children’s Memorial Hospital site in Lincoln Park started on Tuesday, after years of anticipation.

Permits for the demolition of the two buildings – the nine-story 2323 N. Lincoln Avenue and two-story 2365 N. Lincoln Avenue – were issued on June 6, according to the City of Chicago. Despite the buildings being slated for demolition, the historic facade that faces the intersection of Lincoln and Fullerton Avenues is expected to be saved as a part of the new development.

The development team, which includes McCaffery Interests and Hines Interests, plans to build two high-rises, as well as a low-rise complex on the site; in total, they will provide 60 condos, 540 rental apartments, 156 rooms of senior housing, 160,000 square feet of retail space and 1,044 parking spaces. Plans for the site have been in the works since 2011, and are expected to be completed by the end of 2018.