The Legacy of Agent X

My boy Billy Shakespeare has a cool quote when it comes to legacies: “No legacy is so rich as honesty.” That’s probably true, but I think there’s no legacy so rich as being known as the greatest real estate agent in the Chicagoland area. Since only one person can hold that title (the anonymous moi), the cover story has some instructions for what to do if you’ve had a good run and you’re ready for greener pastures. Now let’s get to the gossip.

Mickey Hobson of the Matt Laricy Team recently posted a photo of some Amand De Brignac champagne. Perhaps he is taking a cue from our fave Tommy Choi, who often enjoys posting pics of his champs collection. Frankly, I prefer a nice Dom Perignon to wash down my meals, but to each their own.

Speaking of champagne-worthy celebrations – Lauren Mitrick got married to Charlie Wood on May 7 in Mexico.
Also posting pics of note is Benjie Buford of Conlon, who shared some snaps from the 2016 Christie’s Real Estate Awards Dinner, which took place in Dublin. Or, he may have been posting pics from a recent trip to Hogwarts. It’s hard to tell for sure.

@properties’ Jack Quill was the lucky winner of CAR’s parking permit raffle! I’m pretty jealous, as that’s a sweet reward. Jacky shared his win with the world by posing for a pic with his new pass in front of City Hall.

At press time, the Chicago Real Estate Rumble was still an exciting event to look forward to, so we’ll follow up on the winners next issue. However, I did get a sneak peek of the championship belts, which were very, very shiny. Maybe next year I should consider throwing my hat into the ring, just for a chance at some of that bling. Or perhaps I could just be the emcee? Rumble folks, give me a shout!

Aside from shiny bling, my next favorite thing has to be food. And the best kind of food happens during dessert. Sharbel Shamoon collaborated with the pastry chef at Bombo bar to create a delish little number known as a raspberry lemonade bombo. These are only available through the month of May, so stop whatever you’re doing and go get one immediately.

Speaking of culinary adventures, @properties recently treated staff to a Femme du Coupe mixology class, which looked fun. Guaranteed Rate partied on Cinco de Mayo with a sombrero toss and jumbo jenga. Any excuse to party on the rooftop, right?

I’ve got a lot of May birthdays to report, which makes sense since there are a lot of hard-headed agents out there (the true sign of a Taurus). First, Doug Horwich probably had a weird birthday on Friday the Thirteenth, while Carrie McCormick and Shelly Frody had some cake on May 14. Greg Allen Eldridge had a beer with his buddies to celebrate on May 16, while Shelly Cellak enjoyed her big day on May 19. Glen Tomlinson and Jim Chittaro share a May 20 b-day, while Jamie Franz gets to celebrate on May 21. Amir Syed, Juany Monry and John Ristau should just claim the entire week with their birthdays on May 22, 23 and 24, respectively. Rounding out the month, call Karen Ranquist and wish her a great day on May 28, and then send a text to Debbie Dompke for the same reason on May 29. 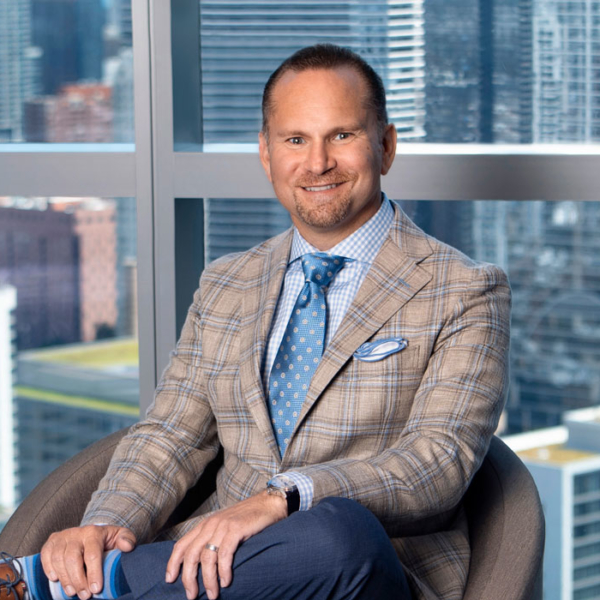