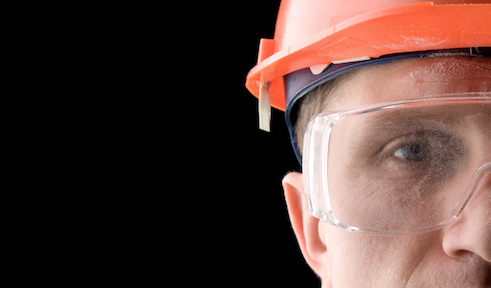 New construction isn’t the market it was nine years ago, or even two; it has shifted to become less a gateway into homeownership and more a luxury for wealthier buyers to satisfy particular tastes not available in the resale market. And as new construction changes, builders face different challenges – chiefly the cost and availability of labor, according to a survey from the National Association of Homebuilders.

A Shortage of Skills, Not Labor

Neal explained the shortage not as not one of laborers, but rather, of relevant skillsets.

“A lot of skills that builders are looking for, they can’t find – particularly carpentry, plumbing, things like that,” he said. “I also think there’s a mismatch going on.”

Citing labor market indicators, like the ratio of employment to population, the senior economist said that while builders are having a difficult time finding affordable laborers who offer the skills they require, the labor market in general has a bit of slack when it comes to the workforce.

“There is a lot of slack in the labor market, but at the same time, our industry is facing a shortage,” Neal said. “That tells me there is a mismatch of skills available and skills needed.”

Reshaping the labor market to address builders’ concerns is a task some might describe as herculean, considering how widespread shortages are and how slow building has been, but the NAHB is not sitting on its hands. Neal said the association is taking steps to address concerns and fill skills gaps. The main focus: education.

“We are encouraging younger people to go to trade schools and acquire those kinds of skill sets,” he explained.

Even without NAHB’s influence, trade schools are already becoming popular options for students looking for education and career routes alternative to college, and for good reason – according to Business Insider, since the beginning of the recession, vocational schools have seen job placement rates near 100 percent. The New York Times reported that 27 percent of those same graduates are now earning as much or more than students holding a traditional four-year degree. 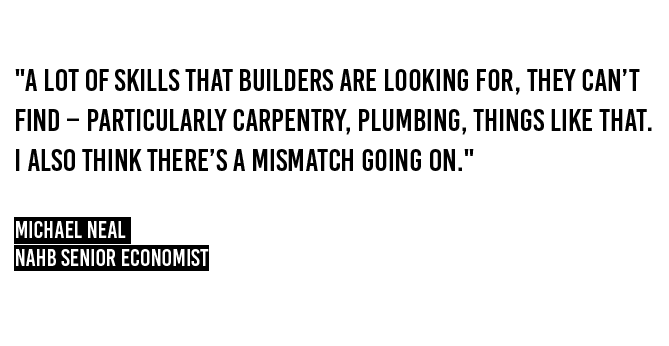 In Chicago, president of the local homebuilders’ association, Patrick Coveny, said they are making a similar push to encourage students to move into the construction sector – including starting a student chapter of the Home Builders Association of Greater Chicago at Roosevelt – but admitted the progress is slow.

“We’re making inroads, but it takes a while,” he said. “It’s not going to be an immediate fix.”

But labor is not the only challenge facing builders in 2016.

The Cost of Building

Through the survey, builders also cite problems with the cost and availability of land (59 percent); complications with federal regulations and policies (57 percent); and a laundry list of others, including the cost of building materials, which jumped from being builders’ lowest priority concern in 2015 (42 percent) to among the most significant in 2016 (56 percent).

“It’s among the highest concerns for builders,” Neal said of the high cost of building materials. “I think it’s a productive capacity story, where you’re just not producing homes at the same level as before, so there is a shortage in production of those materials.”

During the boom years, Neal explained that single-family starts were near 1.3 million, which demanded a high level of materials production and allowed prices to remain low. However, when the crash hit and building tumbled along with everything else, starts shrunk (we’re now at about 600,000 to 700,000) and with it materials production.

“When production capacity drops, prices go up to supplement the loss,” he added.

In recent months, some building materials, like siding and wood, have gone down in cost, while many that are still high have passed their peak and are on the decline. Demand, Neal said, will encourage further price declines.

“As employment expands and incomes rise, that’s going to encourage more building, which will increase production of materials and drive the prices down,” he said.

By the end of 2016, NAHB expects single-family home starts to reach approximately 850,000. By 2017, starts are expecting to  top one million once more. Neal attributed the positive projections to two things: better financial situations at an individual level and a subsiding of some of builders’ current concerns (like labor shortages and building materials costs).

“Demand is going to normalize as household balance sheets get stronger, more people find jobs, more people work off their debt and income growth takes hold,” Neal said, adding that rising home prices will also help improve equity. “On the supply side, seeing the frictions builders are struggling with subside should help improve the market.”